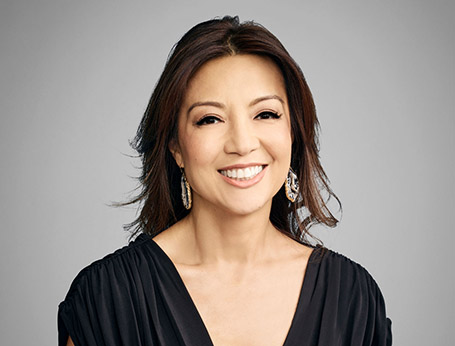 With a fierce role of Melinda May in Agents of S.H.I.E.L.D, Ming-Na Wen has once again proven her acting wits. She, furthermore, voiced Disney's Mulan character Fa Mulan. The 56-years-old Wen is also the recipient of the 2019 Disney Legend award.

Ming-Na was born in Coloane of Portuguese Macau on November 20, 1963, to Chinese parents. Her family moved from China to Macau in around 1960s. During her lifetime, Wen traveled a lot from Macau to Hong Kong to New York City to Pittsburgh. Raised in Mt. Lebanon, Pennsylvania, she is fluent in Cantonese, Mandarin Chinese and English.

Wen married American filmmaker Kirk Aanes in 1990. At that time she was 27-years-old and wasn't so famous. Her conjugal life with Kirk didn't last for long and their divorce was settled in 1993.

From her first marriage, Wen did not bear any children. The couple hardly spilled any beans about their married life. Maybe because of Wen not being famous as of now.

Two years later on June 16, 1995, Wen married for the second time with Eric Michael Zee. During her time after the divorce, she might be dating her current husband but nothing of that sort is revealed. Even the duo kept their big day under the wraps as no media barged in at her wedding.

The couple share two kids- daughter Michaela Kaitlin born on November 21, 2000, and son Cooper Dominic Zee born on October 12, 2005. Michaela grew up to be a voice actress like her mother and furthermore voiced Princess Jun for the Disney animated series Sofia the First.

Minga-Na is always accompanied by her husband and two kids at most of the red carpet events. It seemed that Ming- Na finally found her life partner when she tied the marital knot with Eric. Hong Chau is another Asian-American actress like Ming-Na.

In 2018, Wen announced through her Instagram that she and her husband celebrated 25th Valentine's Day. Eric had laid out 25 roses, 25 teddy bears, chocolates, strawberries, champagne with a heart-shaped diamond necklace on the bed.

One of the teddy bears was clad in a shirt with Wen's name. The teddy also wore a beautiful diamond necklace.

According to Wen's 2014 interview with Babble, she revealed that Eric is a wonderful husband the best role model for their children. She added;

My husband Eric is the consummate dad, and because I work so much, he’s more or less the stay-at-home dad. He is able to work out of the house.

To this day, Wen and Eric remain each other's special ones. Their long-lived relationship has probably made people envious.

Wen was just an infant when her parents divorced. Both of her biological parents were from China. Before the divorce, her mother Lin Chan Wen and father had moved to Macau. Following the separation, Wen and her mom Lin had moved to Hong Kong. There, Lin met Soo Lim Yee whom she later married.

The newly married couple then moved to New York City. Ming-Na was four years old when she stepped for the first time in New York City. Around 1972, Wen's mom and step-dad chose to reside in Pittsburgh, Pennsylvania.

Eventually, Lin and Soo began a restaurant business named Chinatown Inn Restaurant. Till now, the restaurant is still operating and popular among the locals.

Ming-Na owns a net worth which not less than $10 million. Besides acting and voice acting, she makes astounding income by being part of luxury brand endorsements and modeling. Until now, she has appeared in the highest-grossing movies.

One of her Disney animated film Mulan grossed over $304.3 million in the box office. The musical historical action-adventure movie took $90 million to get completed. Chinese-American fashion designer and cosplayer Yaya Han also makes millions from her profession.

Min-Na talks about Impact of Mulan's Remake Controversy with: