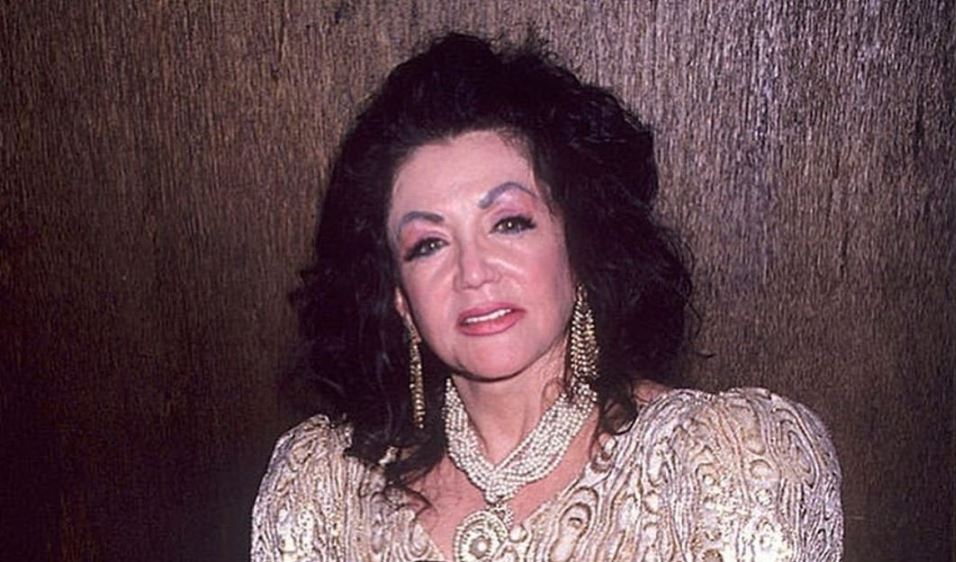 American actress, Jackie Stallone grabbed the attention with her debut appearance in the action-comedy movie, GLOW: Gorgeous Ladies of Wrestling. She is also best known for her portrayal of Yanna in the sci-fi comedy film, Beach Babes from Beyond. She is also known as the mother of Sylvester Stallone. Other than that, she is a licensed astrologer and women's wrestling promoter as well as a dancer.

Stallone was born as Jacqueline Frances Labofish on 29th November 1921 in Washington, D.C., United States, and belongs to mixed ethnicity (British-French). She is the daughter of late John Paul Labofish, a lawyer and Jeanne Victoria Anne Clerec, aka Adrienne. Aside from this, she is a married woman.

American astrologer, Jackie is married to Stephen Marcus Levine on 13th November 1998. The couple's wedding was a private ceremony held between their close friends and family relatives.

Upon their wedding day, the pair are sharing quality time and maintains love and respect in their marriage. The two recently celebrated their 21st marriage anniversary on the 13th of November 2019.

Beach Babes from Beyond actress, Stallone was first married to an Italian actor, Frank Stallone, Sr. More to that, the two tied the knot in August 1945 in a small and close ceremony.

After staying married for overall 12 years, the couple eventually separated due to a lack of intimacy in their relationship in 1957. The two later divorced in late-1957 with taking the custody of their two children.

Upon their divorce, Jackie met Anthony Filiti and started dating afterward. The two then got engaged and united as husband and wife in 1959. But, their marriage didn't succeed for long and divorced with an agreement of their child's settlement.

Three of her children are notable actors who mesmerized the world with their amazing acting and influential roles. Unfortunately, Jackie's younger child died due to lung cancer on 26th August 2012 in Santa Monica, California.

On the other hand, Jackie is also a loving grandmother to seven grandchildren, Sage, Sistine, Seargeoh, Scarlet Rose, Sophia Rose Stallone (through her first child), Rob Stallone (from her second child) and Edmund D'Alto (through her late daughter). Sadly, her elder grandson, Sage died in 2012.

The promoter of women's wrestling, Jackie is regretting after her facial plastic surgery. During an interview, she reflected on her health issues upon her plastic surgery and stated that it is 'looking a chipmunk with a mouth full of walnuts.'

After the failed plastic surgery, Jackie faced three heart attacks after her two family members died in the same year of 2012. She suffered her first heart stroke after her grandson died in early-2012.

Following this, Jackie survived from her second heart failure upon the death of Toni in mid-1964. She lastly suffered from a third heart attack in April 2013. After all this happened, she is fine and lives a healthy life.

Jackie Stallone maintains a net worth of $9.3 Million as of 2020. She earns a decent salary from her professional works. In the United States, an astrologer makes an average annual income of $42,000, which might be similar to her yearly payroll.

Stallone featured in the blockbuster hit movie, The Appointment, where she acted under the direction of Todd Wade. The film garnered 6.9 out of 10 from 19 ratings, which was filmed with an approximated production budget of $45,000.

Wrote a Book - Starpower: An Astrological Guide to Super Success

As an author, Stallone wrote and published a book, Starpower: An Astrological Guide to Super Success on 13th November 1999. The book is about her overall 50-year astrologist.

The book garnered five out of five stars out of 9 ratings from the readers. As of now, the price of his novel is listed at $6.71 in the soft paste, which consists of 13 used ($6.71), and two collectible ($59.99). Likewise, Ted Nicholas also wrote notable books as well.

If You're Interested In Reading Celebrities' Biographies & Gossips, Then Visit Married Celeb!!!