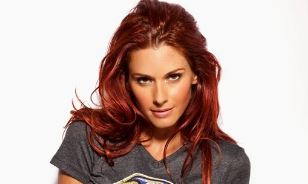 Jaime Faith Edmondson, famously known as Jaime Edmondson, is an American model and former cheerleader of Dolphin Miami. She has worked for the playboy magazine and had hosted different TV shows, a special guest. Besides, her glamorous world she has served in an American Police Force. Nevertheless, she made a sensation after getting a relationship with MLB star Evan Longoria who is her current husband.

She was born on December 30, 1978, in Bartow, Florida. She has completed her education from Florida Atlantic University, where she got a degree in criminology. She has once worked as a police officer, as well as a Miami Dolphins cheerleader.

Furthermore, Jaime husband Evan is All-Star MLB third baseman named American League Rookie of the Year with Tampa Bay Rays in 2008. He was selected to his first All-Star team in 2008 and helped  Tampa Bay to the 2008 World Series. He was traded to the San Francisco Giants after the 2017 season.  Scroll down to know more about her.

Jaime is a married woman who tied her wedding knot with MLB superstar Evan Longoria on December 31, 2015, at the new year's eve. Her husband Evan is a professional baseball player who plays in MLB with San Francisco Giants as a third baseman. Before that, he was with Tampa Bay Rays for more than ten seasons.

According to internet tabloids, it is believed that the duo first meets during 2009. However, they publicly open up about their relationship during 2010. After being in relationship or three years, Jaime and Evan got engaged on 2013.

Meanwhile, the couple had already welcomed their children, a daughter Elle Leona and son Nash Harrison. As per now, then love birds are living blissfully, and there are no rumors and controversies regarding their divorce or separation. Scroll down to know about their intimate matrimonial ceremony.

The couple got married on behalf of their family and friends in Los Angeles. The candlelight ceremony took place in the main hall of the event, where Elle and Nash perused the ceremony with their nice stroll down the aisle. She marched down the aisle with her father and stepfather, and then greeted Evan at the head of the aisle to share the vows they had agreed on with their reverend.

To make their marriage special, the reception was filled with dark-hued flower arrangements and gothic-inspired settings. The tables were adorned with textured black linens, dramatic centerpieces, and a good dose of gold highlights. Each table displayed a combination of various high and low flower designs, keeping mostly to a burgundy and white color palette.

With a professional model, it's no joke that Jaime has an eye for beauty. Her Mark Zunino Ball Dress was the right dress for a romantic event. She combined a long skirt with a flowing veil and some very chic shoes. Her Sergio Rossi sandals brought just the perfect amount of detail to her wedding day outfit.

Her soulmate Evan was every bit the dapper groom in his custom tuxedo from Evan Delaney Bespoke. Two of the most significant members of the couple's wedding ceremony were their cute twins, Elle, 3, and Nash, 2, who acted as a flower girl and ring bearer.

Her daughter looks like a tiny version of her mother in a complete skirt and completed her look with a crown of fresh flowers. "My daughter was so happy that our clothing looked the same," Jaime says, on the other hand, her son  Nash was sporting his own mini tux.

The marriage ended with the Champagne flutes, noise machines, goggles and caps for a confetti-filled countdown and a surprise treat for their of friends and relatives.

During 2018 she sued Deja Vu Tampa Strip Club who shares Edmondson's images at social networking platforms without her authorization or considering any compensation. She also accused her pictures were used commercially at the 2014 Super Bowl.

She even argues that not only did they misuse her intellectual property, but they generated an illusion among the public that she endorses or engaged in the "Strip Club Lifestyle". Along with her models such as  Eva Pepaj and Heather Rae Young also claimed for a same accusation and they demanded $650,000 in compensation from the club.

Incomes And Earnings Of Jaime Edmondson

She must have earned a decent amount of wealth from advertising products, television and news channels. As well as her multi-streaming income ranges from modeling, acting, hosting and other resources through which she must have earned thousands of dollars. And as per 2020, her accumulated net worth is around $900,000.

However, she enjoys an enormous amount of fortunate and wealth through her husband's career. According to spotrac, while signing a 6-year contract with Tampa Bay Rays worth $100 million, his payroll in the team reaches $1 million as a bonus, $16.6 million annual salaries where his total base income in the entire year was estimated around $25 million similarly as Chris Shaw.

Moreover, following his salary stat in 2020, he is receiving $15 million. Previously, when her husband firstly drafted in the Tampa Bays he earned $17 million for signing the contract as well as $3 million as a bonus amount. During that period his salary ranges from $5 to $ 7 million.

Jaime partner Evan Longoria at $1.485 million in cash for a slick waterfront home in St. Petersburg, Fla. Their 3,416 square feet home designed in 1971, consist of four bedrooms and three bathrooms. The interior highlight reel features a wide master bedroom, a living space, a second-floor balcony, and a vaulted foyer.

Nevertheless, one of the home's living rooms opens into a wide enclosed patio with an outdoor garden, a fireplace, and a swimming pool and a spa. Their home was first placed on the market in July for the at a price f $1,745 million and was sold for as much as $1,595 million in September.

In addition to their new shelter, they owned property at Channelside Towers in downtown Tampa, which he acquired for $415,000.Nevertheless, Jaime's spouse Evan also earned from the product commercials Gillette and he has also featured for the New Era Hats in 2010.

Stay Tune With Marriedceleb To Know More About Your Favorite Celebrities.