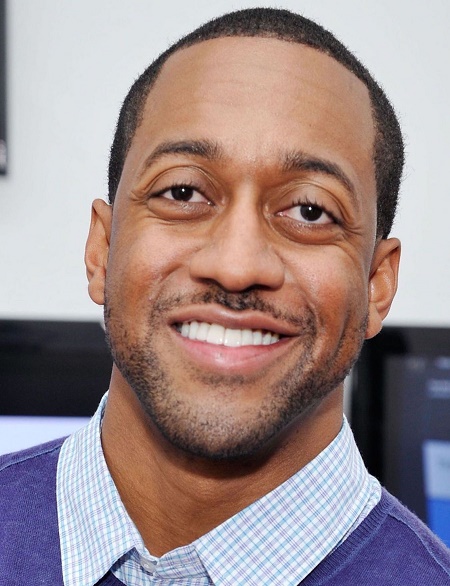 Jaleel White is an American actor, voice actor, comedian, producer, and writer who has been active in the entertainment industry for 35 years. However, he gained fame after starring the role of Steve Urkel on the sitcom titled Family Matters (1989-1998). Also, he is popular for his appearance as J in the UPN series Grown Ups from 1999 to 2000.

Jaleel Ahmad White was born November 27, 1976, in Culver City, California. He is the single child of Michael White, a dentist, and Gail White, a homemaker. So far, he is an American citizen and is of African-American ethnicity.

Who is The Big Show Show's Star, Jaleel White Dating?

Jaleel White who is 43 years old is still an unmarried man. Right now, he is living a happy life as a single man in Los Angeles, California, United States. As he hasn't disclosed anything about his current love affairs to the press or media. Thus, he enjoys his singleness today with no women dating.

It seems White, the 5 ft 11 in tall might concentrate on her career rather than being involved in dating affairs. He also often spends time with his family and daughter, Samaya, and most often uploads images of them to his Instagram account.

Yes, the former contestant of reality TV series Dancing with the Stars is a proud dad of one daughter, Samaya White. He and his former girlfriend, Bridget Hardy welcomed their child Samaya in 2009 from their relationship.

In 2006, White and Hardy started dating. Shortly after the birth of Samaya, after six years of a love relationship, they split ways, agreeing to share their baby daughter's custody. It all seemed gracious until 2012 Bridget suddenly blamed him for domestic violence and abuse.

The star was publicly accused by Hardy of pushing her into a toilet, beating her around her face, and alleging physical harassment during her union. But White denied the allegations, and no charges were filed against him.

The Family Matters star stated: "There was no verbal abuse. Couples argue that's normal. I'm not going to pretend like we didn't have any arguments, obviously, we broke up."

Working in the film industry since 1984, Jaleel must be earning a good amount of money from his decades of the profession. He has a tremendous net worth of $10 Million as of June 2020. The majority of his fortune comes from his own professional works as an actor, comedian, producer, writer, and voice actor.

Till now, White has worked in leading, supporting, and cameo roles in various movies and TV series. And his best character is Steve Urkel on the sitcom Family Matters that he played in total 204 episodes alongside Bridgid Coulter and Marita Stavrou. He triggered an impressive $100,000 salary per episode from the show.