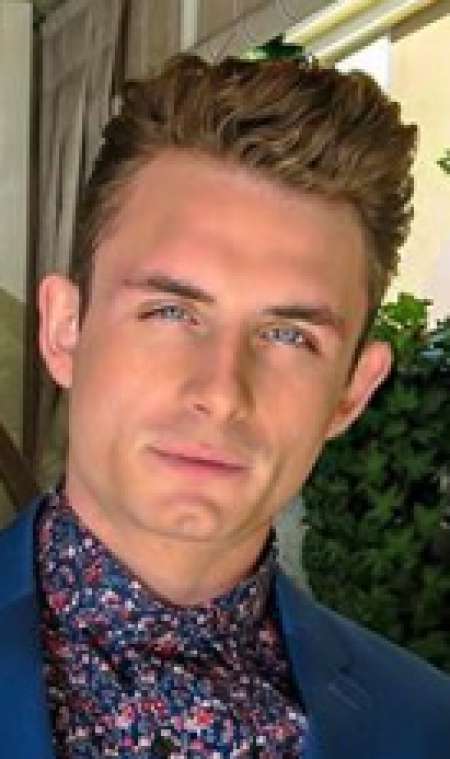 Who is James Kennedy?

James Kenndy is one of the well-known names in the glam world. Kennedy as in a person is none other than Music DJ and the actor who starred in the show "Vanderpumps Rules". The show is one of the well-recognized TV series that has gained massive viewers.

James Kennedy was born on 1992 in London, England. Kennedy holds a British nationality and belongs to white ethnicity. He grew up in diverse background. His father was Andros Georgiou, who was also the best friend of the renown late English gay singer George Michael.

James claims George to be his godfather and had a big influence while he grew up. Similarly, his father even managed the singer's record label during George's early days. Further, James' mother was a model and also did a short-acting stint in her early days.

As of now, James is busy with his music and acting. He first released his hit song "Feeling You" in the year 2016. However, fame brought him into many controversies, likewise, it also brought clarity to his career.

James struggled as an actor while working for Lisa Vanderpump. He tried his luck with DJing. This also brought him to alcohol and drinking too. However, things turned up when he played on Tuesday night at SUR. His fame as an actor resulted in a good promotion of his events.

James Grew up in London, meanwhile his parents shifted to Los Angeles while he was young. Prior to that he also spent some time in Ibiza, Spain. He got good support from his father's background which eventually landed to Lisa Vanderpump show.

Apart from that, James is dating model and pageant queen Raquel Leviss. The couple has not disclosed how they met but the love bird was in a long-distance relationship for sometimes while Raquel was finishing her degree in Kinesiology.

Likewise, there was multiple rumor about James unfaithfulness, while Raquel came to know about the accusation. However, the news and rumors were not confirmed.

Prior to that, James also dated American reality television personality and model, Lala Kent. They were both working on the same TV series Vanderpump Rules. Sadly, the couple parted their ways after a year being in a romantic love bond.

And the couple are no longer in the relationship as of now. Currently, Lala is engaged to the film producer, Randall Emmett.

James has amassed a handsome fortune from his acting career. Likewise, he made a good amount of over $10,000 to $15,000 per episode from his portrayal in television series.

Kennedy has brought a good fortune through his music DJ. In the meantime, he stashes up to $38,000 from his music career. Apart from that, his show co-producer, Lisa Vanderpump has a huge asset, she has a net worth of over $75 million. Moreover, she also invested and owns several restaurants and bars in Los Angeles including SUR, Pump and Villa Blanca.

As of 2019, the accurate figure of James Kennedy's wages and net worth is under review.

James has a sporty body. His eyes are blue in color and feature a blonde hair. Kennedy has a tall height and healthy weight.

James is very active in social media. He has a fan base of over 388k on his Instagram, likewise, his twitter handle has over 130k.