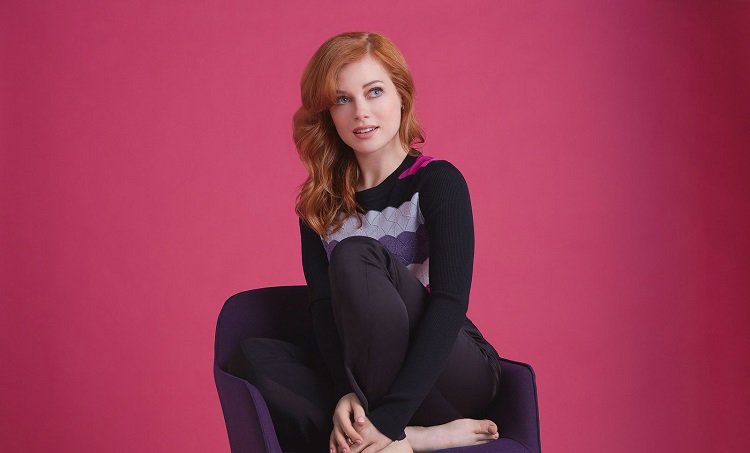 Jane was born on 29th December 1989 in LA, California, the U.S, where another actress Paige Howard as born. Born to her American parents Mary Tilbury and Lester Levy, she is of White ethnicity and holds an American nationality.

The famous actress from Evil Dead was married to her former husband, Jaime Freitas, on 3rd March 2011. However, the pair began facing problems after their togetherness for seven months on 31st October 2011.

The L.A based actress filed for divorce, which also mentioned that she does not wish to pay spousal support the Portugues actor who appeared in Cisne, Chicano, and O Cacador.

Although Jane and Jamie were still husband and wife until their divorce was finalized after two years in April 2013, Levy filed for the divorce, saying irreconcilable differences between them.

Made her Debut Appearance in a series named Suburgatory

With a keen interest in acting, Jane joined the Stella Adler Studio of Acting based in New  York and graduated from the Conservatory. Later, she shifted to Los Angeles and portrayed in the sitcom Suburgatory along with Cheryl Hines and Jeremy Sisto.

The series was canceled by ABC after airing three seasons on 9th May 2014. Moreover, Jane was also named as the breakout star of 2011 by Thelnsider.com and TV Guide. She was also listed on the top eleven list of funniest women compiled by AOL.

Levy was named as the breakout stars even by her critics for her role in the series, which Jane loved very much, although the sitcom was canceled after three seasons.

During an interview, Levy talked about her role and how much she loved it,

''On a television show, there's so much I get to do. I got to ride a Vespa with a poodle and a baby bjorn on my baby, with Carly Chaikin behind me. I get to do a lot of fun stuff. I think that might be my favorite part.'

How Rich is Jane Levy?

The breakout star of 2011 has a staggering net worth of $3 million, as of 2020, which is more than another American actress Cheryl Howard.

As per some sources, the average salary of an American actress is $50,000 per year. Hence, we can assume the yearly wage of Jane Levy from her acting profession.

Below listed are grossing of the movie played by Jane Levy: