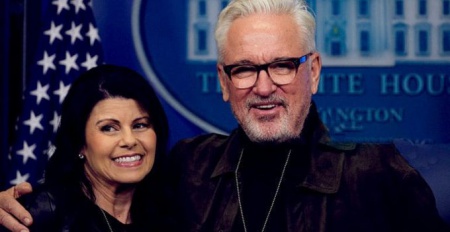 Jaye Sousoures is significantly famous as the wife of Chicago Cubs manager, Joe Maddon. Maddon does not need an introduction, as he is a famous personality in the American sports industry.

Jaye is also a businesswoman and a very successful professional, besides getting fame as the better half of Joe. It's been more than a decade since the couple is happily celebrating their unique union. If you want to know more about their marital life, then read along.

The Year was 1995 when Joe Maddon and Jaye Sousoures both walked into the Seal Beach's Rossmoore Athletic Club, locking eyes with each other. Both of them were married to their partners at the time, but the pair remained friends with each other.

The couple got attached very soon, but as they were married, they remained friends. With time, the pair relationship grew stronger, and after the ended of their marriages, the couple started having an affair.

Jaye started dating Joe since 2004, and after knowing Maddon for more than a decade, she accepted Joe's proposal in 2007. The pair got engaged to each other when they were on a road trip to Colorado.

Both of them have a lot in common because of that their bond grew stronger and stronger with time. The romantic pair is crazy about fast cars and sports which might've got them closer in the first place.

The Cubs manager walked down the wedding aisle with Jaye a year later on November 8, 2008, at Queen Mary in Long Beach. They exchanged wedding vows with each other in an intimate matrimonial ceremony. Maddon loves his wife's laugh and always manages to do so, which sets everything right between them.

Are They Blessed With Any Children?

Joe previously tied the knot with Betty Maddon in 1981. The duo shares two children, Sarah Bystry and Joseph Maddon III, from their marriage. Both of Joe's children are happily married and are parents of their kids.

Jaye, on the other hand, is also a mother to two kids from her previous married relationship. Sousoures has managed to keep her children and her past marital life away from media attention so far.

Jaye's Support in Joe's Work for the Community

After achieving so much success from his playing and coaching career, Joe is using his fame for the good of the community. Before he became the coach of Chicago Cubs, who is co-owned by Bill Comrie, Joe started an annual event called Thankmas in 2006.

From his annual event, Joe and Tampa Bay Rays employee feed homeless people of the Tampa Bay area. In his excellent work to help the community, his wife Jaye also provides full support. Not just that, the Thankmas event also raises money for the Salvation Army Charities.