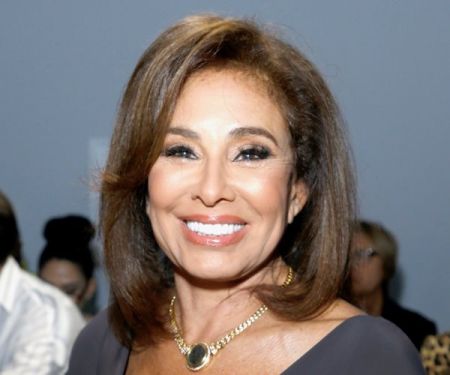 Jeanine Pirro, aged 68, is a former New York State judge who currently hosts Fox News program, "Justice with Judge Jeanine."  A former prosecutor and politician, Jeanine was the first female judge elected in Westchester County, New York. Recently, she became a topic for media attention after viewers felt that she appeared on her show being intoxicated. Stay with us to know the full story.

Pirro was born on June 2, 1951, in Elmira, New York, U.S., to a Lebanese father and an American mother. Therefore, Jeanine belongs to mixed ethnicity. Her father, Nasser, was a salesman, while her mother, Esther, was a department-store model. Pirro received a Juris Doctor Degree (J.D) from Albany Law School.

Jeanine met a guy named Albert Pirro, while they both were studying in a law school. She married him at the age of 24. They exchanged their wedding vows in 1975.

The Fox News host of Justice with Judge Jeanine raised her kids in Rye, New York. As mentioned, she has two kids from her ex-marriage. Both of her kids are an adult and lives in New York City. Additionally, Jeanine's daughter, Christi, is a married girl.

Before their children were born, a woman from Florida accused Albert of fathering a daughter. Albert termed her as mentally unstable and denied the allegations. However, after court proceedings, the DNA testings confirmed him as a father, and as a result, Albert began paying child support payments.

Around 1999, the U.S Attorney for the Southern District, New York, charged Pirro's husband for tax evasion. With a false tax return, he was accused of hiding over $1 million in personal income as business expenses.

In June 2000, the court found Pirro's husband guilty, and he had to serve 17 months in prison. After these incidents and growing difficulties, Jeanine and Albert decided to separate in 2007.

Although they wanted to keep their marriage alive, the former pair began living separately. Their divorce was settled in 2013.

As mentioned, Pirro's daughter, Christi, is a married girl. Jeanine, along with her son, Alex, was also present at Christi's wedding. Christi, a law student, is married to Zak Schwarzman. The couple tied their wedding knot on August 19, 2017, at House Island in Portland, Maine.

Jeanine shared her daughter's wedding photos via her social media. Like any mom, she is proud of her children. Her daughter, Christi, works as a partner at a law firm, Ropes & Gray.

Net Worth and Salary of Jeanine Pirro

Jeanine Pirro has a net worth of $12 Million as per celebrity net worth. As per reports, when her show Justice with Judge Jeanine's ratings was at the top, she earned $3 million as a salary.

Pirro's wealth came from her successful career working as New York State's judge. She also worked as a prosecutor and is currently a TV host and author. A popular Fox News channel's political commentator, Jesse Watters, has a net worth of $5 Million.

As per sources, the wage of District Attorney in the United States is close to $200,000. Also, Jeanine has earned a hefty sum with her five books. Her book, Liars, Leakers, and Liberals: The Case Against the Anti-Trump Conspiracy, is about President Trump's Policies.

The former attorney/state judge was accused of being drunk by viewers after she appeared late on her show on March 28, 2020. The network said they were having some technical difficulties. However, Pirro appeared on screen with messy hair and slurred speech, which led to speculation among the viewers.

Several social media users mocked the former judge for her behavior, and she became a trending topic within hours on Twitter. Well, some other TV hosts are also trending but for good reasons. Well, another famous female TV personality and reporter, Katherine Timpf is the host on Fox Nation show, Sincerely, Kat.