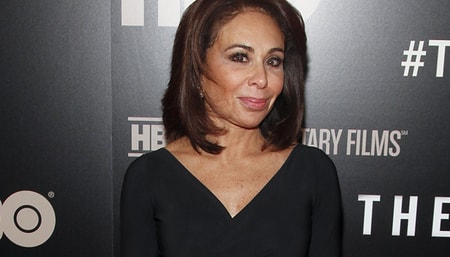 Judge Jeanine Pirro is a known face on Fox News and also a supporter of the US President Donald Trump. Like in her professional life, her personal life with former husband Albert J. Pirro also saw the ups and downs.

From the infidelity to an accusation of wiretapping, Jeanine and Albert went through all until all was not good enough to fix their marriage. After the separation of the couple in 2007, What's the relationship status of former lovebirds?

Both Jeanine and Albert studied in Law School together. That is where the duo first met each other and gradually fell in love. The duo, however, has not revealed any details on their intimate love affair while they were dating each other.

In 1975, Jeanine walked down the aisle to marry her boyfriend Albert in an intimate ceremony. Their marriage turned upside down in just six years after Albert was involved in an extra-marital affair.

But the duo resolved their issues and continued their marriage for almost 32 years. In 2007, the pair couldn't save their relationship and separated with divorce being finalized in 2013. As of now, Jeanine looks like she's single as her social media consists of only her and her pet's photos.

Fathering a Child Born From an Affair

Jeanine gave birth to two children with her former husband Albert. They share a son and a daughter from their long marital relationship. Not just that, before the pair's children, were born, Albert already became a father to a kid born from his infidelity.

The extra-marital affair Albert had within six years of his marriage was with a woman from Florida, Jessica Marciano. He was involved in an affair while on a business trip. From that affair, he became a father to a daughter named Jaclyn Lichtefeld which was later proved by a DNA test after Albert denied her existence.

In 1998, the court ordered Jeanine's former spouse to pay for child support.

Between 1988 and 1997, Albert hides over $1 million in personal income as business expenses as per reports. Not just that, he was also accused by the office of the United States Attorney for the Southern District of New York for one count of conspiracy, four counts of tax evasion, and 28 counts of filing a false tax return.

All of the indications by the States Attorney office happened on February 23, 1999, where Albert criticized the investigation as invasive and hostile. On June 23, 2000, the court found Pirro guilty of 23 of the total charges and sentenced him to 29 months in federal prison.

Albert, however, was granted some leniency and his sentence was brought down to 17 months in prison. At that time as well, he got early due to his good behavior. As of now, Jeanine's former husband is one of the Board of Directors of the cannabis company called HeavenlyRX which makes CBD Products.