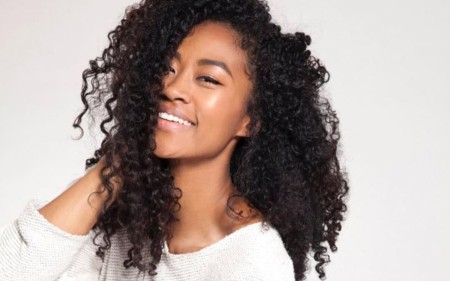 American dancer, Jennie Pegouskie is famous for her performance in Ed Sheeran's song, Shape of You, which garnered 4.5 Billion views on YouTube. She is also the former lead dancer of Macklemore and Ryan Lewis' dance crew. She recently featured in the short musical video, Why Don't We & Macklemore: I Don't Belong in This Club under the direction of Jason Koenig.

Pegouskie was born on 14th August 1988 in Seattle, Washington, United States. More to that, she holds American citizenship and hails from mixed-ethnicity/race. So, what's she doing these days, is she married now or dating someone special? Find out more in details about Pegouskie's personal life in the following sections.

Love Life with an American Photographer

American dancer, Pegouskie is enjoying the most beautiful moments of her life with her beloved boyfriend, Kamel Bentot, who's the founder and content creator of Lightpose. The duo had their first encounter in 2017 after Jennie finished the music video, Shape of You.

The two shortly became friends and often went out for a prom date with their lovely friends, Ed Sheeran and his partner, Cherry Paean Seaborn, and Jason Koenig with his current spouse, Jenny Koenig, in 2017. Since then, Jennie and Kamel are in a strong bond of relationship but yet to tie their knots.

Jennie Pegouskie's total fortune is $300 Thousand as of 2019. She earns a subsequent income from her profession. In the United States, a professional dancer receives average earnings of $48,589, reported by Career trend. So, her salary might be similar to an American dancer.

On the other hand, Jennie also makes a subsequent payroll from her modeling works. She is currently endorsing the brand of Nike, which includes women's sportswear and sports shoes as well.

In one of her Instagram posts, Jennie is seen promoting the brand of a popular brand, Levi's jeans, on 17th January 2019. She also collaborated with many fashion brands like SheaMoisture, NARS Cosmetics, and INGLOT COSMETICS.

The former lead dancer of Macklemore and Ryan Lewis, Pegouskie adores a dog who is a Dalmatian breed. She also shared such an amazing picture with her pet on Instagram on 11th May 2018.

Currently, the price of a Dalmatian breed dog costs $2,500 in the average in the United States. But, you can buy them from $1,600 to $5,000, which consists of the top breed and high-quality pedigree.

Chasing Success in the Field of Entertainment

The graduate of the University of Washington, Pegouskie started her career as a professional dancer, in which she first collaborated with the dance crew of a hip-hop band, Macklemore and Ryan Lewis, in 2013. Furthermore, she performed in overall 30 countries while touring with Grammy Award-winning band, Macklemore and Ryan Lewis. She later danced in the short film, Fresh Pair in 2014.

Check out the music video, Shape of You, where Jennie Pegouskie is starring alongside Ed Sheeran

Jennie later grabbed the attention with her dance performance in the second most-viewed song, Shape of You, while starring alongside Ed Sheeran in 2017. Just like her, some other dancers, Madison Haschak and Gene Anthony Ray are entertaining with their mesmerizing talents.