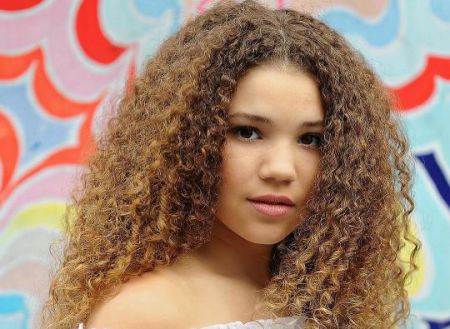 Who is Madison Haschak?

If you are familiar with the popular YouTube channel named Haschak Sisters, then you probably know the name, Madison Haschak. She is a popular dancer and social media star who rose to prominence after appearing on the music video for MattyBRaps' 2016 single My Humps.

Since an early age, Madison developed a keen interest in dancing. As of 2019, she has an impressive net worth which she amassed from her fruitful career. Further, her personal life is also amazing as Madison has a loving boyfriend. SO, let's know in full detail about who is Madison Haschak.

Madison Haschak was born on June 27, 2000, in California, United States to parents Kathy Haschak and John Haschak. As of 2019, she is 19 years old and her birth sign is Cancer. Madison is the older sister of Gracie Haschak, Sierra Haschak and Olivia Haschak. All the four sisters have performed in several dance contest and has won many awards.

Besides, both of her parents works in the media. Her mom, Kathy is the studio manager of the Temecula Dance Company while her father John is a former contestant of America's Got Talent. Hence it is obvious that the artistic quality flowed down to their children. Besides, Madison along with her sisters runs a collaborative YouTube channel named Haschak Sisters.

Is Madison Haschak dating anyone? Yes, the beautiful 19-year-old dancer is in a romantic relationship with her boyfriend, Jonathan Fuller. As per reports, the two are college sweethearts. Up until December 2018, Madison's relationship status was a mystery. Circulations of their romance began when Jonathan shared a picture of him with Madison on his Instagram.

On March 22, 2019, Madison introduced him as a "friend from College" in her YouTube vlog. Although, Madison is too young to get married in the future she might wedlock with her current boyfriend.

For your information, another famous young couple in the town are Millie Bobby Brown and Jacob Sartorius.

Madison Haschak Net Worth and Income

Even though the exact amount of Gracie's sole net worth has not been revealed, the total combined wealth of four Haschak sisters is $2.5 million. This amount is based on the earnings of her joint YouTube channel whose yearly earnings is around $4 Million.

The Haschak Sisters channel has over 6.8 million subscribers. Hence the siblings' earnings from YouTube is around $500k-$4 Million per year. Likewise, their monthly earnings is between $30k-$490k.

Haschak is a renown social media star. As of July 28, 2019, Madison has over 510k Instagram followers, with 15.k Facebook followers, and 16.5k Twitter followers, respectively. Likewise, the Haschak sisters YouTube channel has over 6.8 million subscribers.