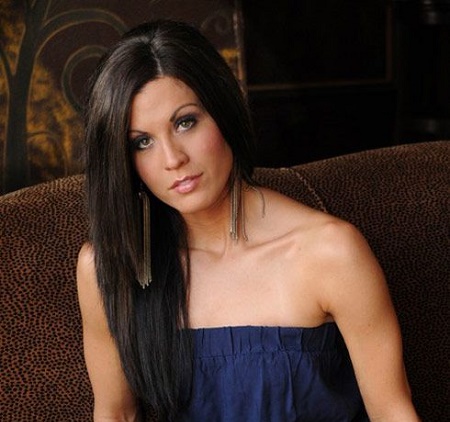 Have you ever watched the A&E's reality TV series, Shipping Wars, which ran from January 10, 2012, until April 29, 2015? Then independent transporter Jennifer Brennan is not a new name for you who played the main cast member as The Cowgirl. Besides shipping, she is a former model and CPA.

She was born on February 11, 1969, in Sherman Oaks, Los Angeles, California. Born to American parents, she holds American citizenship, while her ethnicity is unknown. There's no detail about her educational background. But shortly after graduation, she started riding and training horses.

The 1.72m tall reality TV star Brennan is set to get married. For now, she is happily engaged to her long-term boyfriend, Todd Foster. He is a retired American boxer in the Welterweight division.

The lovebirds have been enjoying their healthy love relationship for nearly eight years. Likewise, they started dating since 2012 and are still going strong together. But the two choose to remain secretive when it comes to revealing their relationship to the media.

As of now, Jennifer and Todd are yet to tie the knot but it is known that they became an engaged couple. But still, their engagement's actual date remains private.

Indeed, the Shipping Wars star surprised fans when she said in an episode broadcast in December 2013 that she was shipping the most precious cargo ship ... a boy! Only after the episode aired, she twitted:

Thank y’all for all the kind words. I was 6 months in this episode. So hard to keep the secret! Stay tuned for pictures.”

Not only she, but her husband to be Todd in June announced that they were expecting a baby boy. Fortunately, on October 23, 2013, their first-born son, Brennan Grey Foster, came into this world. He weighed 8lbs and 14.8 oz during his birth time.

After welcoming the boy, Jennifer posted a photo of Todd holding little Brennan on her Twitter account. She thanked tall saying the first night was hard but Todd was there every minute. In addition to that, Todd has one 11 years old son from his previous relationship.

Since starting her career, Jennifer has begun working as a shipper and a TV personality, both of which have added to her achievements. Her net value is valued to be over $600,000 as of June 2020. Her whole fortune came from her jobs as a cast member of the Reality RV "Shipping Wars" show and as a hire shipper.

For her salary, Brennan received $1,000 per episode of A&E TV show Shipping Wars appearing in a total of 67 episodes. In the show, she starred alongside Roy Garber, Jarrett Joyce, Marc Springer, Christopher Hanna, and Robbie Welsh, etc.

From the beginning of January 10, 2012, Shipping Wars broadcast 100 episodes spanning seven seasons until the end of April 2015. The series was followed by six independent shipping industry leaders, divided into five groups.

They have found their employment through uShip, the world's biggest internet shipping platform. And Jennifer Brennan is one of them whose nickname was The Cowgirl on the show. She bought her goods from her company, Tie 'Em Down Transport in all seven episodes of the show.

Besides this, she's delivered everything from farm animals to a million-dollar Ferrari over the course of her career.