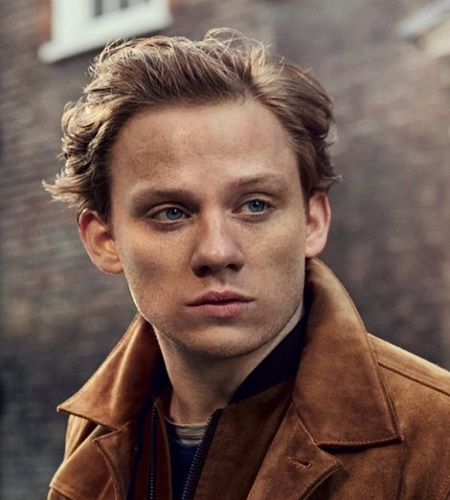 If you've been watching famous British Period Crime TV series, Peaky Blinders, then you're familiar with Joe Cole who played John Shelby's role. An English actor, Joe has appeared on several shows including Luke in Skins, Tommy in Convict, Reece in Green Room and Billy Moore in A Prayer Before Dawn.

The TV star was born on 28 November 1988 as Joseph Michael Cole in Kingston upon Thames, London, England, United Kingdom. So far, he holds English citizenship and belongs to the white ethnicity. Moreover, he is the fourth among five brothers. His younger brother is Finn Cole, whom he starred alongside in TV Show, Peaky Blinders.

Joe Cole who won Best Actor award in 2018 for his role as Billy Moore in A Prayer Before Dawn is a single man. As of now, he is enjoying his sole lifestyle to the fullest and is looking forward to a perfect life partner as he is an affectionate believer.

Like most celebrities, Cole always tries to keep his personal and love life details away from the limelight, or private.

Additionally, Joe can be seen clicking many pictures with different ladies including his co-stars on some events and functions.  But none of them is his known girlfriend until this date. Thus, the Peaky Blinders' actor' relationship status is unmarried.

In fact, Peaky Blinders' season 5 who premiered on 25 August 2019 recently came to end on BBC on 22 September 2019. Joe Cole actually plays the role of John Shelby, the third-youngest Shelby brother in Peaky Blinders from series 1 to 4 alongside Packy Lee.

Sadly, in 2017, after three seasons, the 31-year-old actor decided to leave the crime drama and spoke out about his reasons for doing so. On per Digital Spy, he said that to pursue other acting ventures he left the show and was just busy doing other things.

He continued saying: “I wouldn't have been able to do Black Mirror, I've got a bunch of films that I'm trying to do. “I thought it was my time to go, give other people an opportunity for their parts to grow. I thought it was the right time to pass the baton on" as per express.

How much is Joe Cole Worth?

Working in the media industry for a long time, Joe Cole earns a suitable amount of money. As of early 2020, his astonishing net worth is estimated at $1 million throughout his acting career.

Joe is also well known for playing Charlie in the Channel 4 comedy-drama series Pure (2019) and as Frank in the four-episode in the Black Mirror season Hang the DJ (2017).

In addition, he also worked on Juliet, Woodshock and Happy New Year Colin Burstead in the movie Head. Hence, it is sure, Cole might make $12.93 per hour for his every role.

Many preceding credits include The Hour, It Heavy, Gangs of London, and Injustice.

For further information of Actors on Peaky Blinders, stay tuned to Married Celeb!!!