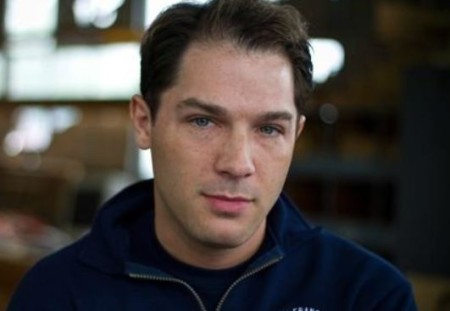 Joel Connable was an American television host, news anchor, and reporter. He is best remembered for his association with Fox News, CBS stations, KTLA, BBC, and other networks. Connable was a five-time Emmy award-winning journalist. Also, he was a writer for the Huffington Post. Unfortunately, he died at the age of 39 in 2012.

Joel was adopted in 1973 in New Orleans, Louisiana, by his parents, who lived in New York. His adoptive parents Al and Roma Connable, met at the University of Michigan. Joel's brother, Ben Connable, is a retired Marine Major and currently is a professor at the Frederick S. Pardee RAND Graduate School. Joel studied broadcast journalism at the University of Southern California's Annenberg School for Communication.

Who was Joel Connable married to?

Joel was married to his longtime girlfriend, Angela Shlyakhov, just two weeks before his death. The couple had tied their knot in October 2012. There is not much information on when their marriage ceremony took place. Also, the timeline of their relationship history is under the limelight.

Before his wedding, Joel had recently moved to Seattle and was working for local ABC affiliate KOMO. Likewise, Angela, who works as a paralegal, was excited to settle down with her new husband. However, the tragic death of her spouse swept her dreams right away.

Although the couple was dating for several years, they didn't share any children. Angela knew about Joel's health condition. The pair would travel to different exotic places for vacations. Besides, Joel used to take his therapy dog, Lola, because of his acute diabetes condition.

There is no exact information about Joel Connable's net worth. However, based on his active career, the late reporter had an estimated net worth of $300,000 at the time of his death. He was an Emmy award-winning reporter. Also, Joel was honored by the Los Angeles Press Club and the Associated Press for his breaking news and feature reporting.

Joel first began his broadcasting career as a newscaster with CBS affiliate WLTX in South Carolina. Later, he worked at CBS2/KCAL-TV in California. Similarly, Joel was a fill-in anchor for Early Today on NBC News in New York and as an anchor for MSNBC.

In 2009, Connable began working for Travel TV News as a travel journalist. The same year, the New Times Magazine named him Best News Anchor. He used to work as a private pilot and paramedic as well. Further, Joel was a writer for the Huffington Post.

Since 13 years old, Joel had Type 1 diabetes. Therefore, he had to carry an insulin pump with him 24 hours a day. As a journalist, Connable passionately worked with several foundations. In 2005, he was named as Volunteer of the Year by the Juvenile Diabetes Research Foundation for his work to help find a cure to the disease.

Joel was an award-winning reporter who died untimely!

Joel was reported to have suffered a diabetic seizure and died alone in his new home in Seattle. His malfunctioning diabetes pump machine brought the seizure. At the time of his death, Connable was 39 years old. He was buried in a cemetery in Great Neck, New York. Justin Webb's son and Ingrid Rinck's son also has Type 1 diabetes.