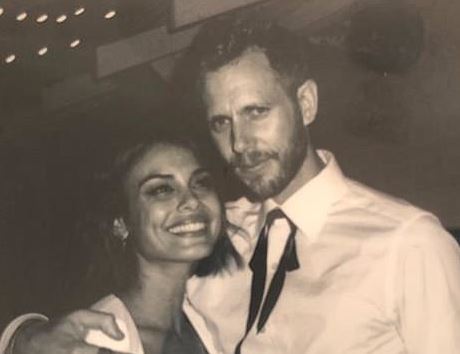 An Australian native, Jordy Burrows is one of the known public figures. He rose to prominence since he got married to a actress, Nathalie Kelley.

Despite being one of the known personality, he still manages to keep a low-key life. He enjoys private living and is rarely seen in the frame of the camera.

Here are all things you need to know about Jordy Burrows.

Jordy Burrows is a married man

It is a matter of the fact that Jordy is happily married to his wife, Nathalie Kelley. Kelley is a Peruvian-Australian actress who has starred in many blockbuster movies and TV series.

The Fast and the Furious: Tokyo Drift, The Vampire Diaries, Body of proof are some of the movies she has been in. Back in 2018, the beautiful couple started dating one another.

And started uploading each other's pictures in their respective social site account. Soon they decided to take their relationship further.

In April 2018, Kelley officially announced that she is engaged with her love of life, Jordy. She confirmed the good news to her fans through her Instagram account.

Where she uploaded her and her fiance pictures stating

After a decade of living in the US and 2 years of filming in Atlanta far away from most of my tribe - I can’t tell you how sweet it is to be at home surrounded by friends and family. Having left Sydney at 20 I feel varying levels of connection to the country that raised me - but especially now that I’m about to marry my boy from Berowra... life in OZ is tasting particularly sweet 🇦🇺💓

Fans from around the world started congratulating the couple and with well wishes. Well, Nathalie once dated stars like Zach Roerig.

After just a month of their engagement, the pair exchanged wedding vows in a grand ceremony. On occasion, Nathalie was decorated with the dreamy gown, which had a low-cut design also layers of elegant frills were at the hemline.

While Jordy was dressed in a tailored black suit having a ribbon tied in a bow, guests like Jade Yarbrough, Rafael de la Fuente were seen on the ceremony. Alongside some Samba dancer performed their dance in a beautiful ceremony.

Furthermore, the pair are now married for almost two years and seems very much happy with one another.