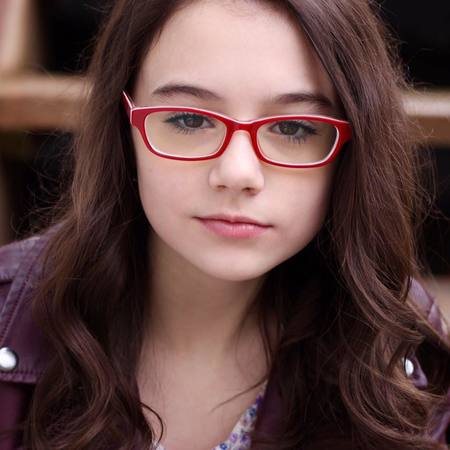 Julia Antonelli is a young American actress and television personality. Moreover, Julia gained popularity for portraying her role as a Wheezie Cameron in a Netflix's action-adventure mystery teen drama series, Outer Banks, aired on April 15, 2020. The rising and talented young actress, Julia is also famous for her acting on Nickelodeon's hit series Every Witch Way as a Jessie Novoa. Moreover, Antonelli also appeared on Billions(2016) and WITS Academy(2015).

Netflix's Outer Banks Actress, Julia Antonelli was born on May 7, 2003, in Virginia, United States America. She grew up with her older brother. However, her parents', siblings', and educational information are still missing. She is 17 years old. Similarly, Antonelli is an American by nationality and belongs to white ethnicity.  She is enjoying her high school life with his friends right now.

Moving towards personal life, Julia is just 17 years old and might not be in a hurry to date someone yet. So, she is currently leading a single life with her parents and family. Besides, she is focusing on her acting career and education rather than wasting her time in relationships and rumors. Nevertheless, Julia loves to spend her free time with her friends by playing and going to high school.

On the other hand, her parents might have set a certain rule and regulation for what is right or wrong for her. There is no doubt that she is growing up with sound health both mentally and physically. As of now, Antonelli is just enjoying her happy family life away from rumors and controversies.

How Rich Is The Outer Banks Star, Julia Antonelli?

Well, Julia Antonelli is just in her teenage so, it is quite difficult to predict her exact net worth figure right now. However, she might have earned a decent amount of money from her acting career in a couple of television shows. But, we can guess her net worth might be around $50,000 which is similar to Billy Jenkins.

Nevertheless, the average salary of a teen actor and actress ranges from $30,000 to $35,0000. Besides, she also has an Instagram account @julia_antonelli with a following of 117K followers. However, her Instagram account is balanced by her mother. Currently, she is living a healthy and wealthy life with her family in the United States of America.

Julia started her career from Nickelodeon teen television series, Every Witch Way as a Jessie Novoa in 2014. Later, the show spun-off as WITS Academy in 2015, and she played the same role as Jessie. she appeared in the show along with Daniela Nieves, Jailen Bates, Timothy Colombos, and so on. Back in 2016, Antonelli also worked in the television show, Billions.

Nevertheless, Julia gained popularity for portraying her role as a Wheezie Cameron in a Netflix's action-adventure mystery teen drama series, Outer Banks, aired on April 15, 2020. The young and talented actress worked along with Chase Stokes, Madelyn Cline, Madison Bailey, and so on.