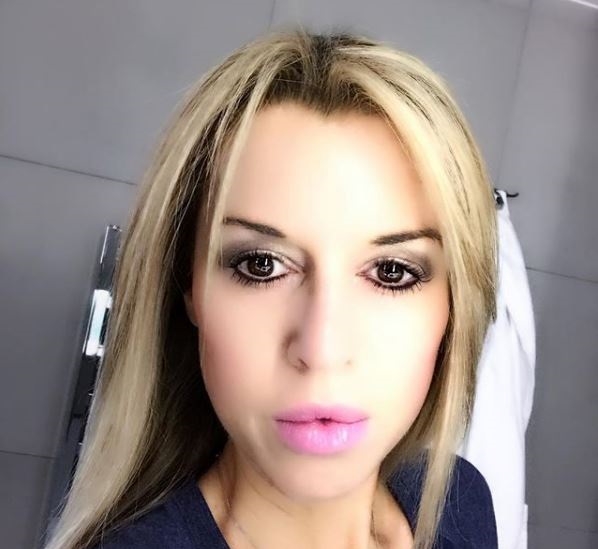 Julie Neville is popularly known for the wife of former England National Team footballer, Phil Neville. She has come to limelight after getting engaged with Phil. Apart from his husband's shadow, she is a Fitness addict and author of Superfoods.

She was born to Millionaire construction magnate Bob Killilea and Helen Killilea alongside with her sister. Her birth name is Julie Killilea, she changed her surname after marrying to Philp. Her sister Amanda Killilea dated David Beckham previously.

Julie And Phil Neville Are Married For 20 years

The love birds Phil and Julie became friends before getting engaged with one and another. After the friendship took one step forward the pair started dating each other. At the age of 22, Julie share wedding vows with Phil on December 30, 1999, after dating for two years. The wedding ceremony took place at James The Less Roman Catholic Church in Rawtenstall.

The church was all filled with her close friends and family alongside the big names like; Sir Alex Ferguson, David Beckham, Ryan Giggs, and many more sports personalities. It was a great moment for both newlyweds couples who are very much deep in love with one another till today's date.

According to Phil, Julie even challenged him to a vegan diet and here now he a 100% vegan. This has proved how their romantic relationship is still going on.

Julie and Phil share two beautiful children from their two-decades-long marriage. Their son Harvey Neville is currently a youth player at English giants Manchester United and is also playing in the Republic of Ireland's national under-19 football team.

He is now 16 years old with full of motivation and focused on his career. Whereas daughter, Isabella Neville is a Source Model despite her disabled body. Isabella has cerebral palsy from her birth which lead Phil to become an ambassador of Bliss ( the special care baby charity) and patron of Royal Manchester Children's Hospital.

The Net Worth of Julie Neville

Julie Neville has a net worth of $1 Million. She is a millionaire from her birth because of her Millionaire father. Being health-conscious she has released her book Superfoods: How to Make Them Work for You and its price ranges from $6 in the market. She and her husband bought a luxury mansion which includes a cinema room with beds and a fridge just for drinks.

In May 2009 the pair sold the mansion in Lancashire at $2.8 Million to the local businessman Matthew Greensmith. She is currently working as a full-time mom and is busy taking care of her son and daughter while her husband is busy managing England Lionesses.

The Net Worth of Phil Neville, How rich is England Lionesses Manager

Phil has an estimated net worth of $20 Million. It is no doubt he has accumulated all of this fortune through his outstanding career. Phil has been one of the great players who has played for English giants, Manchester United to win the treble in a row for the club.

During his professional career, he has bagged six Premier League titles, three FA Cups and one Champions League title from which he has surely accumulated Millions of dollar. Currently, he is Managing England's Women Team from which he bags more than $300,000 annually. Furthermore, he is the younger brother of former Manchester United defender Gary Neville and the twin brother of Tracey Neville who is England netball head coach. Personalities like; Jake Humphrey and David Eades are also huge Manchester United fans