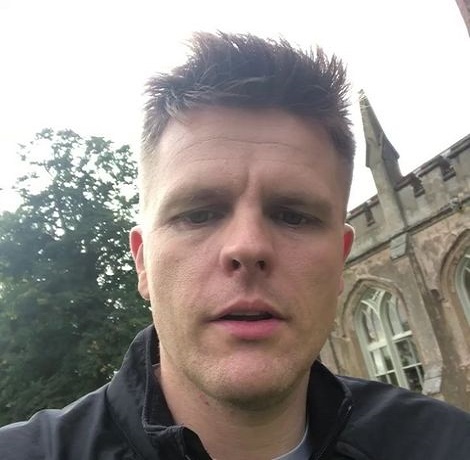 Who is Jake Humphrey?

Do you know who is the main presenter of BT Sport football coverage and Director of Whisper Films? He is none other than Jake Humphrey. Humphrey is an English TV presenter and journalist who is well recognized for presenting Formula One coverage from 2009 to 2012 by BBC Sport and BAMZOOK by CBBC.

Jake Humphrey was born on 7 October 1978 as Jacob John Humphrey. Further, he is the son of Liz Humphrey who is a former teacher and Rex Humphrey who is retired chief executive of Age Concern Norfolk. In addition, he has two siblings, one sister, and a brother. John Humphrey holds English citizenship and is of white ethnicity.

As far as his education, Humphrey studied at Framingham Earl High School and Hewett School in Norwich at the Sixth Form. He also worked as a paperboy during his time at college and became involved in the media. At the age of 16, McDonald's gave him a job and was sacked for bad communication skills. He later worked in a waiter's role.

Humphrey initiated presented Fame Academy coverage by CBBC at the end of 2002, along with Holly Willoughby. Then in 2006, he also served for Commonwealth Games coverage in Australia as a game journalist with BBC Radio 5 Live in 2005. Also, Jake has also presented the coverage of the  Summer Olympics, American Football, UEFA Champions League, Premier League, FA Cup, and NFL Intl. Series.

On 31 May 2013, Jake presented ITV's This Morning for the first time alongside Amanda Byram. Also, he presented on BBC Radio 2 for the first time overnight on 10 October 2014. In addition, on 12 July 2017, he co-presented F1 Live London on Sky Sports F1 and YouTube. He has also worked with other famous journalists like Lizzie Greenwood-Hughes , Fearne Cotton and Jonathan Legard.

Who is Jake Humphrey Married to?

The Norfolk-based TV presenter Jake Humphrey has married his childhood sweetheart, Harriet Humphrey. His wife Harriet is employed as one of the directors and the production managers of Whisper Films. Further, she is very supportive and loyal to him.

Humphrey and his wife Harriet walked down the wedding aisle in  August  2007 and has been together for over 17 years. They celebrated their wedding just outside Norwich in his home village. Since the wedding ceremony, Jake is sharing the blissful married life with his life partner with no such conflict.

Recently on 2018, they celebrated their 11th marriage anniversary. Additionally, the couple often goes out for beautiful destinations. Currently, the two is living a happy life along with their children.

After having first child, the couple is blessed with their second one-second son, Sebastian Alexander James who was born on 1 August 2015.

TV Show Host, Jake Humphrey earns a hefty amount of money throughout his professional career. As of 2019, Humphrey's net worth is estimated at approximately $100 thousand to $1 Million.  Well, Jake is known to be a famous English TV presenter and journalist. So without a doubt, he has made a very high and suitable wealth from his journalism career.

Humphrey, who lately presented part of the 2012 Olympic coverage of the BBC in London. But he's best known for Formula One front, signed a four-year agreement with BT beginning in January. Hence, Jake has reportedly gets paid 250,000 plus as an annual salary for covering of Premier League football.

Well, Jake Humphrey is the patron of the Break young people's charity.