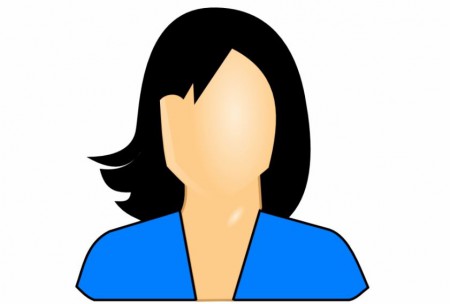 Kate Anderson is famously known as the wife of Will Gompertz, who's an art editor for the British Broadcasting Corporation company, BBC News. She is also known as the daughter of Eric Anderson, a former tutor, educator, and the provost of Eton College.

Anderson was born in the United Kingdom of Great Britain and Northern Ireland. She holds a British nationality and hails from Caucasian white ethnicity. Aside from this, she is a married woman. Let's take a glimpse of Anderson's personal life.

Kate Anderson is enjoying her married life with her husband, Will Gompertz since 1993. The couple tied the knot at an intimate ceremony and together since then.

In addition, the couple is proud parents of four children, including three sons and a daughter. However, Kate and Will are quite protective about their kids, which might be the reason they prefer to keep them away from the limelight.

Gompertz also appeared in the comedy news game-show, Have I Got News for You, which received 8 out of 10 by 4,081 viewers. Similarly, Lembit Opik and Ian Hislop also appear on the show.

Kate Anderson's husband, Gompertz wrote a book, What Are You Looking At?: 150 Years of Modern Art in the Blink of an Eye on 6th September 2012. In this book, he expresses a beautiful live and accessible history of modern art by BBC Arts.

Will also published a book, Think like an artist, which received five out of five ratings. The book is about the ten greatest artists in history who bring up with extraordinary ideas in a natural way through art.

Kate's father, Eric Anderson, also wrote a book About Eton with fellow author Adam Nicolson on 15th November 2010, which describes the environment of Eton College, excellence, and discipline of scholars.

Anderson's husband, Gompertz, began to work as an arts correspondent for the family news talk-show, Breakfast in 2011. He later got his life turning the opportunity to work as an art editor on BBC News at Six in 2011.

Will guests appeared in the talk-show, Artsnight along with Lynn Barber, Lily Cole, and Armando Iannucci, among others in 2015. He then featured in the musical biographical documentary, David Bowie: Sound and Vision, in 2016. He also participated in the game-show, Pointless Celebrities, in 2017.

Check out the trailer of Tate Street Art

Gompertz also worked as a producer before pursuing his artistic career. He first produced a short documentary, Tate Street Arts starring Cedar Lewisohn under the direction of Martin Percy in 2008. His other production credits are It Must Be a Sign, The One That Spoke to Me, and many more.