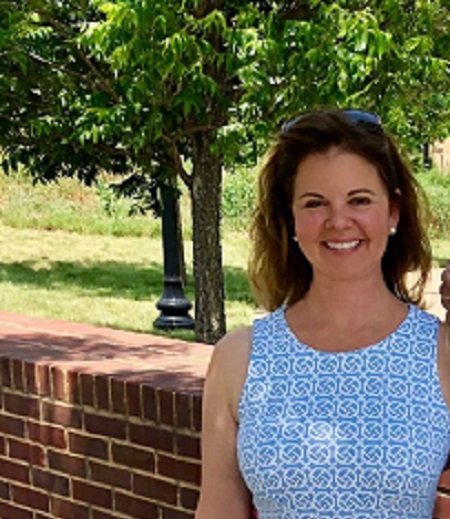 Some people come to the limelight after tying their wedding knot with some reputed personality. A Wellesley realtor and a former WRKO salesperson, Kathy Stimpson is among them who received stardom after marrying her husband Howie Carr. He is an American conservative political author, radio talk-show host and news reporter.

The exact birth date of Kathy is still under the radar. Born in Weston, Massachusetts, United States, she holds American citizenship and belongs to the white ethnicity. Whereas Howie was born on January 17, 1952, as Howard Louis Carr Jr. in Portland, Maine. His parents are Frances Stokes Sutton and Howard Louis Carr Sr. (1905–2008).

How Long Kathy and Howie are Happily Wedded?

It's been more than two and a half decades since the beautiful couple has fortunately spent their life together. Recently in 2020, they marked their 27 years of the marital relationship.

A native of Weston Stimpson and Carr, aged 68, exchanged the wedding vows in 1993 in an intimate ceremony. Dozens of guests including the bride and groom's attended their special day. But it was a second marriage for Howie.

Since the day, the duo makes everything perfect together and lives a happy life together. Now the family of Carr resides in Wellesley, Massachusetts.

She is a Mother of Three Beautiful Daughters

From their beautiful union, Kathy who runs the business end of his small empire and Carr are proud parents of three adults children together. And all of them are daughters. They are Carolyn Carr, Charlotte Carr, and Christina Carr. Charlotte is a graduate of SMU in 2018.

Recently on Jul 22, 2020, Carolyn got married to her husband, Alec Mendes following their engagement on November 19, 2018. The author Howie even shared the engagement photo of his daughter, Carolyn, via Twitter saying, "Boy does time fly! Congratulations Carolyn and Alec. We are so happy for you both".

On the other hand, The Howie Carr Show's host shares two daughters from his first marriage. But the information regarding his first wife remains private or within himself. He used to live in Somerville and Acton with them.

How Much Net Worth Does Kathy Stimpson Have?

Well, Kathy Stimpson got people attention after marrying a conservative political author, Howie. But she used to work as Wellesley realtor so she might have made a decent amount of sum from her early career. As of 2020, her net worth is valued at $100 thousand.

As of early 2020, her partner, Howie Carr has an impressive net worth of $2 Million. He credits to his fortune to his professional career as an аuthоr, journalist аnd rаdіо ѕhоw hоѕt. Now, he is the owner and host of The Howie Carr Show, which is recorded at WRKO in Boston.

Further, Carr has authored many non-fiction books about gangsters and two fiction books titled Killers and Hard Knocks. His book The Brothers Bulger: How They Terrorized and Corrupted Boston for a Quarter Century, published in 2006, became the best-seller list on The New York Times for 5 weeks.