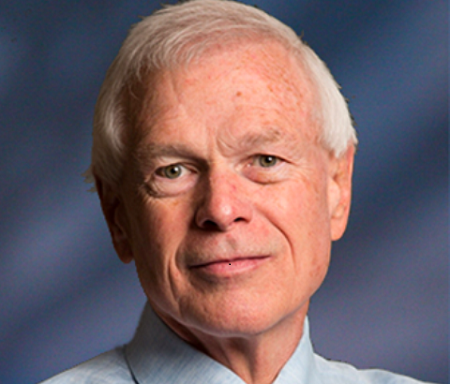 Howie Carr is an American award-winning conservative political author and radio talk-show host who hosts his own program The Howie Carr Show at WRKO in Boston since 1994. As a writer, he has authored New York Times best-selling books named The Brothers Bulger in 2006 and Hitman in April 2011. In addition to his writing career, he is a news reporter who started his journalism career as a reporter for the Winston-Salem Journal.

Carr was born on 17 January 1952 in Portland, Maine, the United States as Howard Louis Carr Jr. His parents are Howard Louis Carr, Sr (died in 2008), who served at The Breakers Palm Beach and Greensboro, North Carolina and Frances Stokes Sutton, who served as secretary to a local CEO. So far, he holds American and belongs to the white ethnicity.

Howie studied at the Deerfield Academy in Deerfield, Massachusetts. He took a scholarship after his mother Frances starting working as the assistant to the headmaster.

Then he went to study at the University of North Carolina at Chapel Hill (UNC) and graduated in 1973. At UNC, he wrote at student newspaper The Daily Tar Heel. Also, he was a member of Phi Beta Kappa.

Who is Howie Carr Married?

Sixty-eight years old, Howie is a happily married man. He has been living a happy marital life with his beautiful wife, Kathy Stimpson for 17 years. She is a Wellesley realtor and a former WRKO salesperson.

Carr and his wife, Kathy native of Weston Stimpson exchanged the wedding vows in 1993 in an intimate ceremony. Dozens of guests including the bride and groom's attended their special day. But it was a second marriage for Howie.

Since the day, the duo makes everything perfect together and lives a happy life together with no sign of conflict. Recently in 2020, they marked their 27 years of the marital relationship. Currently, the family of Carr resides in Wellesley, Massachusetts.

He is a Proud Father of Five Daughters

Howie and his current wife, Stimpson shares three adults kids together from their marriage. And all of them are daughters. They are Carolyn Carr, Charlotte Carr, and Christina Carr. Charlotte is a graduate of SMU in 2018.

Recently on July 22, 2020, Carolyn got married to her husband, Alec Mendes following their engagement on November 19, 2018. The author Howie even shared the engagement photo of his daughter, Carolyn, via Twitter saying, "Boy does time fly! Congratulations Carolyn and Alec. We are so happy for you both".

Moreover, The Howie Carr Show's host shares two daughters from his first marriage. But the information regarding his first wife remains private or within himself. He used to live in Somerville and Acton with them.

How Rich is Howie Carr?

As of early 2020, Howie Carr has an impressive net worth of $2 Million. He credits to his fortune to his professional career as an аuthоr, journalist аnd rаdіо ѕhоw hоѕt. Now, he is the owner and host of The Howie Carr Show, which is recorded at WRKO in Boston.

Carr currently works for the Boston Herald as a columnist. He is also a member of the Chicago Radio Hall of Fame, and a contributor to Breitbart.com. He is also the host of a New England-wide radio talk-show that is broadcasted to over 20 stations.

Howie has authored many non-fiction books about gangsters to date. Also, he has written two fiction books titled Killers and Hard Knocks. So he is regarded as the one of the New York Times best-selling authors of books named The Brothers Bulger and Hitman.