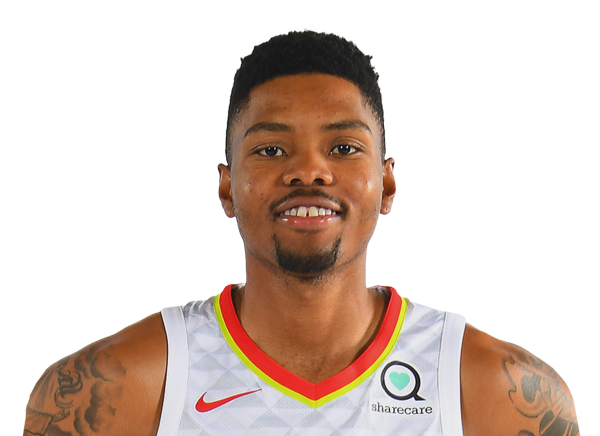 Who is Kent Bazemore?

Kent Bazemore is an American professional basketball player. Currently, he is playing for the Portland Trail Blazers of the National Basketball Association (NBA). Moreover, he also played for the Atlanta Hawks, Los Angeles, and Golden State Warriors.

The professional basketball player was born as Kenneth Lamont Bazemore on 1st July 1989, in Kelfors, North Carolina. Born to his American parents Glynis Bazemore and Kenneth Bazemore, he belongs to African-American ethnicity and holds an American nationality. He grew up along with his brother WyKevin Bazemore.

Bazemore began his basketball career playing for Old Dominion Monarchs basketball team. He also played in the 2009 CollegeInsider.com Tournament, and 2011 NCAA tournament and secured an average point of 15.4, 6.1 rebounds at the final season.

However, Kent was not selected for 2012 NBA Draft, so he joined Oklahoma City Thunder to play at the Orlando Summer League. Additionally, Bazemore also played for the Golden State Warriors at 2013 NBA Summer League in July 2013.

Moreover, Kent has also received various awards and nominations for his hardwork and dedication in basketball, such as Lefty Driesell Award, and CAA Defensive player of the year 2011.

Moreover, he was also named as the CAA preseason player Mid-Major All American by collegeinsider.com. His recent news includes, Kent being traded to Portland Trail Blazers in an exchange for Evan Turner on 24th June 2019.

What is Kent Bazemore's Marital Status?

Kent Bazemore is a married man. He married his longterm girlfriend Samantha Serpe and currently, they are living a blissful married life. The couple dated for quite a long time and decided to stay together as husband and wife. There wedding was held in a private ceremony on 9th July 2017.

Samantha is a field hockey player. She used to play for Villanova University. Together the couple seems to be very happy and shares a child together, a son Jett Serpe Bazemore (born on 20th April 2019). Moreover, there is no rumors or controversies regarding the pair's separation or divorce.

How Much Is Kent Bazemore's Net Worth?

Kent Bazemore earns huge amount of money as a professional NBA player. Till date, he has played various basketball tournaments for several clubs. According to various resources, a professional basketball player in the United States of America earns $3.4 million as his annual salary.

Bazemore seems to be very fond of luxurious racing cars. He seems to have a keen interest in cars which are both technically and mechanically advanced. With that interest, Kent has bought an Audi RS7 about a year ago from a car show festival. RS7 is a premium racing car charged with twin turbo, 4-litre V8 engine and throws out 605hp and 553lb torque without any custom upgraded kits. The car has a heavy price tag of $113,900.

As of 2019, Kent's total net worth is estimated to be more than $90 million which is more than enough to live a rich and affluent life.