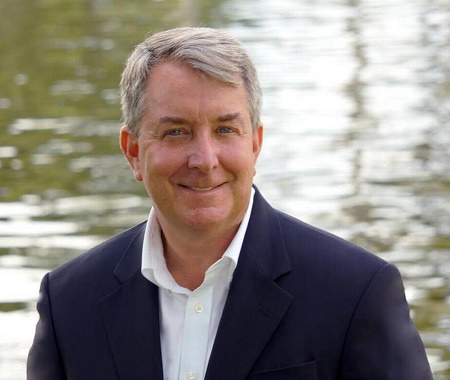 Kerry Sanders is an Emmy Award-winning American journalist who works for NBC News as a correspondent. Sanders moreover served as a general news reporter for many TV stations such as WTLV in Jacksonville, WINK in Ft. Myers,  the CBS, WTVT, and  WTVJ in Miami.

NBC anchor, Sanders was born on 19 October 1960, in New York, New York, United States. As of 2019, he is 59 years old. Moreover, Kerry holds American citizenship and is of white ethnicity.

The 5 feet 11 inches tall reporter is a married man. He tied the wedding knot with his long time girlfriend, Deborah Sharp. Well, his wife Sharp is a former USA Today reporter and author.

Kerry and Deborah pronounced as a husband and wife on the 9th of December 1989 at an intimate ceremony. Hence, the couple are enjoying their conjugal relationship for more than 20 years in southern Florida, United States.

Since their big day, the lovely duo lives a joyful life together with no news of divorce and separation. Moreover, unlike other celebrities, the two prefer a low key personal life. They never mentioned about their children to the public, so, it is still mystery about Sharp's kid information.

Widely recognized as an American journalist, Kerry Sanders has a net worth of $1 million as of 2019.  Also, he makes a suitable amount of money working for famous news channels in the United States. Thus, the significant source of his earnings is his long-time reporting career.

Former WTLV host, Sanders is currently serving for NBC News as a correspondent. According to payscale, the salary of an employee at the NBC network ranges from $52,654 to $73207  per year. So, the revenue of Kerry may exceed the average of the reporter.

Throughout his career, Sanders has earned has received many awards during his lifetime. His notable accolades are the Peabody Journalism Award, Emmy Award, winner of National headliner.

Kerry is famous for his Hurricane coverage such as Hurricanes Andrew, Ivan, and Katrina. He served as an embedded reporter with the U.S. Marines on the front lines in both Desert Storm and during the Iraq War in 2003.

Prior to that, Sanders partnered with NBC journalist David Bloom at WTVJ in Miami, who died from DVT's embolism while covering the Iraq war with Sanders. Sanders ' reporting as a pool reporter on rival networks including Univision, Telemundo, and CNN.

In 2000, Kerry and an NBC cameraman had exclusive coverage of the federal raid to free Elian Gonzalez, the 6-year-old Cuban boy when the federal government arrested his father in Cuba after his mother died in the waters off Florida while attempting to get to the US.

Don't forget to click marriedceleb for more biographies and gossips