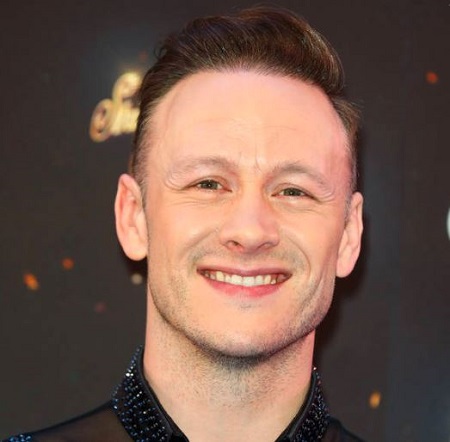 Kevin Clifton is a professional English dancer who made his musical theater debut at the Aldwych Theater in London's West End in 2010 at Dirty Dancing The Musical. But, he gained fame after appearing as a choreographer on the TV series Strictly Come Dancing and Burn the Floor.

He was born on 13 October 1982 in Waltham, near Grimsby, Lincolnshire UK. His parents Keith and Judy Clifton are also professional dancers. Also, he has one sister Joanne Clifton who partnered with the DJ Scott Mills on Strictly Come Dancing. He holds British citizenship and is of white ethnicity.

Yes, the 37 years old Clifton is off the market. She is none other than, Stacey Dooley, aged 33, his former Strictly Come Dancing's dance partner and TV presenter, documentary filmmaker. Yes, you have heard that right.

Kevin and became real-life partners after working mutually on the show. The pair first met in 2018 when they were collaborating on the BBC One series. The media isn't aware of exactly when they began a romantic relationship. But even after weeks of sparks of their rumors, they confirmed their relationship in July 2019 after keeping it private initially.

For the first time, Dooley talked in public about boyfriend Kevin saying they decided not to go into too much depth to our private lives. Since we just can not indulge in this and then ask for privacy, she said on The Guardian. The two have always become inseparable, and their partnership has become more open since then.

Now, the lovebirds are sharing photos and videos of each other playing around on Instagram. Not only this but they also did not lose their passion for dancing together. As of now, they live in London together.

Who was Kevin Clifton Married to?

Before, Stacey, 33, Kevin was previously tied the knot three times. He got hitched at the age of 20 for the first time with his dancer partner. But the information regarding his first wife is not available at the current moment.

Then Kevin who studied at Caistor Grammar School went to marry a professional dancer Clare Craze, in 2007. But they parted their ways in 2010 after being married for three years. Their divorce was finalized in 2013.

His third marriage was to 38-year-old fellow professional dancer Karen Hauer. He set out for her birthday, on stage during a Burn the Floorshow. Then, on 11 July 2015, they tied the wedding knot. But, Clifton announced he and Karen Hauer were no longer romantically together on 15 March 2018.

On the other hand, his new lover Stacey also had a romantic relationship with Sam Tucknott, a personal trainer and fitness pro. They began dating in 2014 but broke up in March 2019.

Net Worth and Earnings of Kevin Clifton

Meanwhile, Kevin Clifton's exact amount of net worth is not mentioned anywhere but it is valued over $1 Million as of 2020. He credits his worth to his successful career as a working of a professional dancer, choreographer, and property investor.

Clifton owns the trophy from the 16th series of Strictly  Come Dancing with his celebrity partner, Stacey Dooley on 15 December 2018. They reportedly paid off £100,000 paycheque for the series. Besides it, he makes an extra amount from various dance tours and other expert engagements.