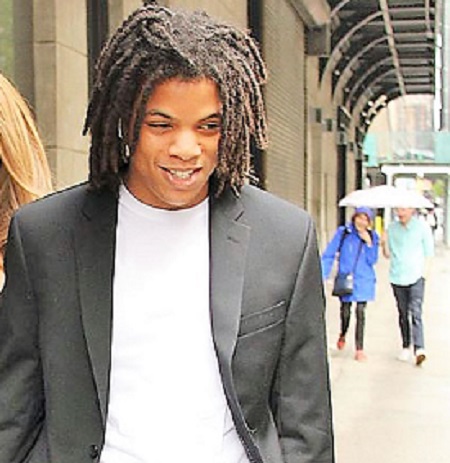 Kevin Hunter Jr. is an American celebrity kid who has grabbed huge recognition due to his parents. He is better known as the single son of American television host Wendy Williams and her ex-husband, Kevin Hunter.

Currently, Wendy hosts the nationally syndicated TV talk show The Wendy Williams Show. Originally it was released on July 14, 2008, on Fox, CW and MyNetworkTV affiliates. In the article let's find out more about Kevin.

On August 18 2020, Kevin Jr. has turned 20 years old. The talk show honoured her son Kevin's 20th birthday with a sweet tribute on her Instagram page on Thursday posting throwback pictures of him, and more.

She captioned, "Today is my biggest day!". "Son Kevin & I are celebrating his 20th birthday". He's in Miami & I'm in NYC, but love never stops, she added. But the birthday boy hasn’t responded to his momma's post.

Hunter Jr., 20, is now focusing on his college days and lives a life away from the spotlight. Though he is not close to home, the momma and son always have a close bonding throughout the years.

She also suggested that he support her with his father's divorce. At the time, he was also arrested for a simple assault after the dispute. Ultimately, the same night, he was released and was not sent to court.

56, Williams claims that: “He’s always encouraged me to keep it going,”. He’s always been very encouraging. So now, it’s just the two of us against the world, she said on People.

Despite being married for 21 years, their nuptials weren't perfect. They started having problems and involved in various scandals since the very beginning.

However, after marrying for two decades, the couple announced their separation in 2019. Their divorce was finalized in January 2020. Before Kevin, the TV host was previously married to her first husband Bert Girigorie from 1994–1995 for five months.

In mid-2018, several individuals were surprised to discover that  Hunter had had an extramarital affair while they were both together. Kevin has been unfaithful for more than 15 years, a source told People.

And the TV star already suspected that her businessman's husband had been very disloyal to her for a long time. But the turning point finally came when, in early 2019, he allegedly had a child with his supposed girlfriend, Sharina Hudson.

That April, she filed a divorce from Hunter whom she married for two decades.

Meanwhile, Kevin Jr. has not started his own profession. So there is no source of income for him. However, his mother, Wendy's net worth stands at $40 Million. She has gathered her fortune throughout her career as a TV host, businesswoman, and media personality.

For 37 years, the New Jersey native has been working in the media. She is best known for hosting her radio program, The Wendy Williams Show, for 23 years. She reportedly received $10 million from the show per year. That means she paid $55,000 per episode.

Not only this but she has made appearances on Dancing with the Stars and 30 Rock. Along with TV and radio hosting, she has written many books such as Ask Wendy, Ritz Harper Goes to Hollywood!, Hold Me in Contempt: A Romance, etc.

The 173 cm tall Kevin Jr. was born on August 17, 2000, in the United States. His maternal grandparents are Thomas Williams Sr. and Shirley Williamsare. As per his education, he is studying an undergraduate degree at Miami's school.