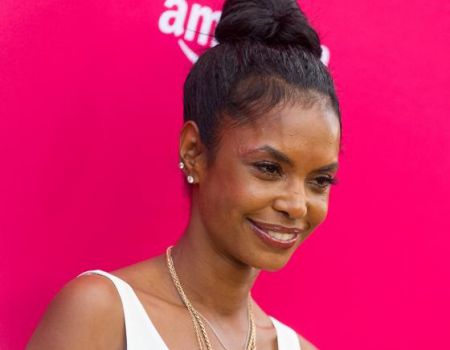 Who is Kim Porter?

Kim Porter was well known as the ex-girlfriend of the famous rapper Sean Diddy Combs. Similarly, she was also one of the renowned American actress and model from Columbus.

Kim was born to African parents, in Atlanta, Georgia, the United States on December 16, 1972. She grew up along with her siblings in the USA. Porter holds an American nationality and belongs to African-American ethnicity.

Unfortunately, Kim Porter died at a young age of 47 at her own house.

She also worked with some famous brands like Revlon, Coors and Tommy Hilfiger. Apart from her modeling career, Kim also appeared in the movies and series like, "Single Ladies", "Mama I Want To Sing", "Wicked Wicked Games", "The System Within", and "The Brothers".

Kim was also the founder of the group, "Three Brown Girls" and was also the member of the group, "Girl 6". Kim started off her career as a model working beside one of the famous models, Naomi Campbell, Kimora Lee Simmons, and Veronica Webb. Furthermore, she was also featured on the covers of "Runway" and "Essence Magazine".

Kim was married to Albert Joseph Brown III professionally known as Al B. Sure! They tied the knot on 1989 but the couple marital relationship ended on 1990. From their nuptials, the couple gave birth to their first child, Quincy Brown whom they named after the musician Quincy Jones. However, the reason for their divorce and the details of their marriage is still under the wraps.

Kim and Sean patched up after almost 3 years in 2003 and welcomed their twin daughters, D'Lila Star Combs, Jessie James Combs on 21st December 2006. Unfortunately, the couple again separated in 2007.

Also Read About: Model and Actress Sunshine Deia Tutt Biography and Net Worth

Kim Porter died on November 15, 2018, in Toluca Lake, Los Angeles, California. Her death was a mystery, however, it was confirmed that the cause of her death was because of the complications from lobar pneumonia on January 25, 2019.

Many celebrities like Rihanna, Missy Elliot, 5o Cent, Beyonce paid tribute to Kim via twitter. Kim's funeral was arranged on 24th November 2018, Saturday. Even after death, she is being remembered by many people. Similarly, Nora Ephron has also left an unforgettable mark in this world.

Kim had a successful career as a model and an actress. The founder of three brown girls reportedly had a net worth of $2 million.

She collected such amount of wealth through her multi-profession. She has also seen on shows like, "Law and Order", and her boyfriend's show, "I Want To Work With Diddy" from which she probably earned a decent paycheque.