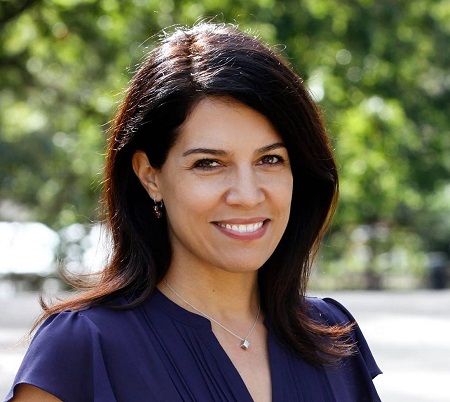 A separation or divorce doesn't happen with a tragedy between a wedded couple, but due to a lack of intimacy or dispute. When it comes to Kimberly Fey and Donnie Wahlberg, they also faced the same complexity in their long-term marriage, which ended up with a serious tragedy.

Kimberly Fey is mostly known as the first or divorce wife of American singer-songwriter, Donnie Wahlberg. She was born in 1969 in the United States. But there are no details regarding her family background. So far, she holds American citizenship and is of caucasian ethnicity.

Was Married To Donnie Until 2008

51, Kimberly Fey first met her boyfriend, Donnie in August of 1991 when she was 22 years old. Thus, they enjoyed their love romance for around eight years before deciding to tie the knot.

Finally, the lovebirds exchanged the wedding vows on August 20, 1999, in a private ceremony. But before their nuptials, they had a son Xavier Alexander Wahlberg, born on March 4 1993. On August 20, 2001, they welcomed their youngest son Elijah Hendrix Wahlberg.

However, their relationship wouldn't stand the test of time, and after nine years of being together, they separated. On August 13, 2008, they filed for divorce, citing "irreconcilable differences."

They finalized their divorce in 2010. The reason behind their division was Wahlberg's extramarital affairs with the Canadian model, Michelle Tomlinson, some sources reported.

Since her divorce, Kim decided to keep her life private and lives a happy away from the limelight mostly. However, on the other hand, her now estranged husband, Donnie, aged, 51, find a new love following the four years separation from Kimberly.

Donald is happily married and living a happy life with wife Jenny McCarthy. She is an American actress and comic book star. The love birds first met on Watch What Happens Live in March 2013 and started dating in July of that same year.

After a year, they became engaged on April 16, 2014, and announced their engagement on The View. Furthermore, only four months later, the couple decided to spend the rest of their lives together and were married on August 31, 2014. Their wedding took place at the Baker Hotel in St. Charles, Illinois.

How Rich is Kimberly Fey?

Currently, Kimberly works at Century 21 Hilltop as a real estate agent. So she might be making the wage around $49,263 per year. Henceforth, her net worth is predicted to be more than $100 thousand, which is similar to Claire Fellows.

Whereas her former spouse, Donnie Wahlberg, has an estimated net worth of $20 million. Donnie has earned his fortune from his career as a singer, songwriter, and actor. He produces and stars in  A&E's reality TV series, Wahlburgers.

Donnie came to fame with the role in Blue Bloods in 2010. He stars alongside Will Estes, Sami Gayle, Bridget Moynahan, Tom Selleck, and Len Cariou. According to online sources, he could be earning around $60,000 to $150,000 per episode from the show.

Further, he was part of the popular boy band New Kids On The Block in the '80s and early '90s. They sold more than 80 million records and earned more than $400 million, including merchandise sales. The group disbanded in 1994 but has come back since 2008.