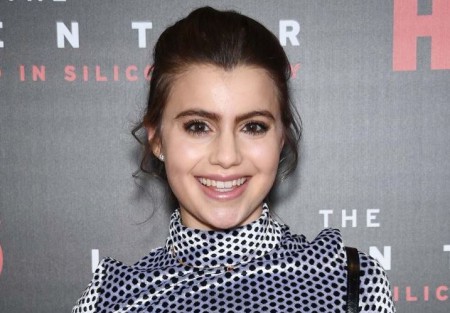 Who is Sami Gayle?

Sami Gayle is one of the popular Hollywood actress known for her role in the CBS police procedural drama series 'Blue Bloods.' She has nearly a decade of experience of working in films and television. Some of her notable performances in movies include the 2011 Royal Pains, 2014 Vampire Academy, 2014 Noah, and 2018 Candy Jar.

Gayle was born on January 22, 1996, in Weston, Florida, to Robin (mother) and Larry Klitzman (father). Her father is an attorney by profession, whereas her mom served as her manager. Moreover, she grew up with her elder brother.

The actress was home-schooled, and she nationally ranked in Public Forum Debate. More to that, considering her speaking ability, she won the Nationwide debate competition.

Gayle began her acting career in the Broadway production of 1959 musical named Gypsy. Since 2010, Sami has been portraying the character of Nicky Reagan in the CBS series, Blue Bloods. She guest-starred in the USA network's comedy-drama Royal Pains. In 2014 she co-starred in the fantasy comedy horror film Vampire Academy.

Relationship Status; Does she have a boyfriend?

Fans are always curious to know whether this gorgeous actress has a boyfriend or not. While any boys would be happy to make Sami Gayle his loved one, as reports, the 23-year-old actress is possibly single as of now.

Blue Blood actress is quite confidential about her personal life, especially when it comes to her relationship status and dating affairs. It seems Sami is currently busy making big at an acting career.

Gayle is an avid dog lover, and in 2018, she adopted a street dog from Animal League organization. More to that, she never hesitates to raise her voice against animal cruelty.

Sami Gayle Net Worth and Income

One of the leading stars of Blue Bloods, Sami Gayle, has a net worth of $1 million as of 2019. She has earned a big chunk of money from her career as an actress. The primary source of Gayle's making is her nearly a decade of an acting career. Similarly, actresses like Ysa Penarejo, Katie Wee, Jessica Knappett, share the same net worth as Gayle's.

Do visit Marriedceleb for more Gossips and Biographies!!!