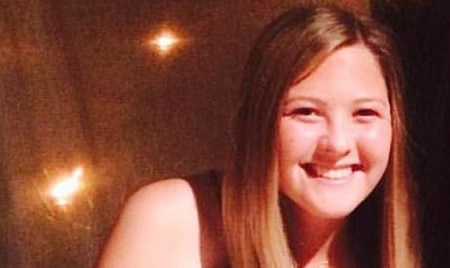 Not all of them can accumulate sufficient fame right after birth unless you're a celebrity child. Kira Bonder is one of those who came to notoriety due to her celebrity parents She is the daughter of former tennis player Lisa Bonder, and Steve Bing, a late filmmaker.

She was born on March 09, 2000, in Los Angeles, California. She is the grandchild of Peter Bing, Helen Bing, Seth Bonder, and Julie Bonder. Her half-siblings are Damian Hurley and Taylor Jennings Kreiss. For her education, she studied at the University of California, Los Angeles.

Is Kira Bonder Dating Anyone?

Despite being a celebrity child, Kira Bonder always remains tight-lipped about her love relationship and affairs. Thus, this 20 years old Kira is still unmarried and is probably a single lady.

For now, there are no rumors regarding her love life to the media due to her secretive nature. So, it's hard to find out about her current dating affairs, whether she is in a any relationship or not.

Not only this, Kira Bonder is now living a low key life and also not active in social media platforms.

Well, her dad, Bing, and mom, Bonder were unmarried couples. But, in the late 90s, they definitely were together and also ended their relationship after a few months of romance.

After they broke up, Lisa wed a businessman, investor, and philanthropist, Kirk Kerkorian who died on June 15, 2015. In 1999 they'd been married for 28 days. The pro tennis star fell pregnant when they were together and speculated that Kirk was the father of Bonder 's daughter.

And while they were splitting their ways, Kerkorian allegedly paid Lisa $100,000 a month in childcare costs and forced his daughter to set up a $7 million trust. But later, after DNA paternity testing it was verified that Bling was Kira 's parent.

Similarly, her mother, Lisa shares one son Taylor Jennings Kreiss with her ex-husband, Tom Kreiss. While her dad, Bing had one son Damian Hurley from his relationship with actress, Elizabeth Hurley.

How Much is Kira Bonder?

As of now, Kira Bonder's actual amount of her net worth is not available to the media. But she reportdely received $8.5 million property from her billionaire step-dad, Kerkorian who had $4.0 billion worth during his birth time in June 2005. Thus, for now, she surely living a lavish lifestyle.

Whereas her own dad, Steve's net worth was estimated to be around $590 Million at the time of his death. He amassed that fortune throughout her producing career. Also, he inherited $600 million at the age of 18 from his late grandfather Leo S. Bing, a real estate developer.

Yes, her dad, Bling who is a famous Filmmaker is more on this planet. He left the world when he was just 55 years old after a battle with depression.

On June 22, 2020, Monday, he died by jumping from his 27th-floor apartment in the Century City neighborhood of Los Angeles, California. At the scene, the police arrived at 1 P.m. on Santa Monica Boulevard.

Do visit Marriedceleb for More Articles of Your Favorite Celebrity Kids!!!