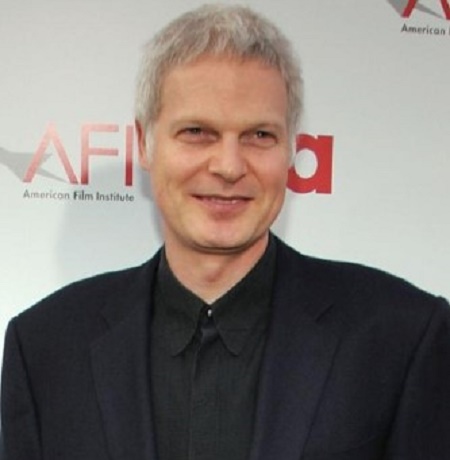 Steve Bing was a prominent American film producer, philanthropist, and businessman. He was known as the founder of an entertainment company, Shangri-La Entertainment, founded in 2000. As a producer and financer, he released several films like The Polar Express, Shine a Light, the Last Man Standing.

Stephen Leo Bing was born on March 31, 1965, in New York City in the United States. Her mother Helen is a nurse while father Peter Bing is a doctor in public health. He holds American citizenship and is of white ethnicity. For his education, he studied at Stanford University and Harvard-Westlake School.

Was The Businessman, Steve Bing Married?

No, the 6ft 3 in tall screenwriter was never married throughout his whole life. But, he had been in a relationship with two women.

He first started dating a former professional tennis player, Lisa Bonder. However, when exactly they met is still uncertain. The two had definitely been together in the 90s as an assumption. During their dating period, they had one daughter Kira Bonder, born in 2000.

Further, The Polar Express's co-writer also had on and -off relationship with Elizabeth Hurley in the early 2000s. She is a famous English businesswoman, actress, and model. They had one son Damian Hurley who was born on 4 April 2002.

Bing initially rejected Damian's paternity. He later confirmed him as the father of Hurley's son after DNA test.

What was Steve Bing's Net Worth?

Steve's net worth was estimated to be around $590 Million at the time of his death. He amassed that fortune throughout her producing career. Also, he inherited $600 million at the age of 18 from his late grandfather Leo S. Bing, a real estate developer.

In January 2010, he was listed in the magazine's Wealthiest Angelenos column by the Los Angeles Business Journal. Similarly, in 2000, he contributed $100 million for the $200 million budget of an animated film The Polar Express featuring Tom Hanks' voice.

Bing's co-writing comedy film Kangaroo Jack in 2003, which was savaged by critics but made almost $90 million at the box office. His next credit is Kingsman of 2017: The Golden Circle that grossed $410 million worldwide against a $104 million budget.

Mr. Bing had donated millions of dollars to the Democratic political group and its candidates like John Kerry, Nancy Pelosi, and Hillary Clinton. He had provided the Clinton Foundation at least $10 million.

Not only this but Steve also supported several campaigns in California for liberal-leaning ballot initiatives and as well as various charities. Similarly, he provided at least $49.5 million in support of Proposition 87 during the 2006 election cycle. However, in 2005 he spent $4.25 million in a positive attempt to defeat Prop.

The Hollywood producer and film financier, Bling left the world when he was 55. On June 22, 2020, Monday, he died by jumping from his 27th-floor apartment in the Century City neighborhood of Los Angeles, California.

At the scene, the police arrived at 1 P.m. on Santa Monica Boulevard.  After his death, former President Bill Clinton, 73, also shared kind words about him via Twitter saying the "had a big heart," I really loved Steve Bing".