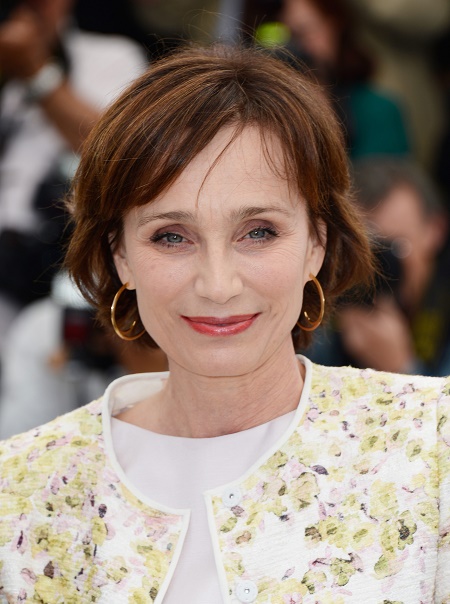 Kristin Scott Thomas is an English-French actress who received immense popularity for her role Fiona in Four Weddings and a Funeral (1994). In addition, she is also famous for starring in films like Under the Cherry Moon (1986), The English Patient (1996),  I've Loved You So Long (2008), Leaving (2009), etc.

Dame Kristin Ann Scott Thomas was born on 24 May 1960 in Redruth, Cornwall to the Deborah and Simon Scott Thomas. But her dad who worked as a pilto died in a flying accident in 1964. Further, she grew up in Hampstead, London with her siblings Serena, and Samantha. She holds dual English-French nationality and is of mixed ethnicity.

As of now, Kristin who is 60 years old is officially off the market. Yes, you have read it right. The Five times a BAFTA Award nominee is enjoying her love life along with her long term boyfriend, Arpad Busson, 57. He is a French financier.

The actress, Thomas, and Busson, the multi-millionaire who is famous for his playboy lifestyle have been together since September 2014. And it's been almost six years as of early 2020. In fact, the unmarried pair are madly in love and also it seems their relationship is very serious.

Now, they are spending their time romantically in London and Paris. More interestingly, there are rumors sparks that they will be soon engaged as per some insiders. But when someone asked Kristin whether they were tying the knot, she said "no comment".

Who was She Married?

The 1.68 m tall Hollywood actress was previously in a marital relationship with Francois Olivennes, 61. He is a gynecologist and obstetrician from French.

The exes spouses were married in 1987 at a private ceremony. Similarly, they welcomed three children, one daughter and two sons from their union. Their firstborn daughter is Hannah Olivennes who was born in 1988.

Joseph Olivennes is the second son born in 1991, and Georges Olivennes, born in 2000, is the youngest child. But they ended their marriage in 2005 after they had been married for 18 years. After divorce, Kristen started dating an actor, Tobias Menzies, who is 14 years junior to her. But they also had broken up soon in 2005.

Similarly, Kristin once told that: "she has been very, very lucky" in Guardian before started dating a current partner Arpad. She also stated: "Married the right man, had babies with the right man.” On the other hand, Busson has been in relationships with Hollywood actress Uma Thurman, and supermodel Elle Macpherson.

How Much is Kristin Scott Thomas' Net Worth?

Kristin Scott has amassed a suitable amount of fortune throughout her three decades of an acting career. As of June 2020, she has a staggering net worth of $12 million, which is alike to Yvonne Strahovski and Carey Lowell. She credits most of the income through her unprofitable acting gigs.

Similarly, an actor or actress who plays a fictional character in TV shows and movies is currently earning about $69,000. And, looking at her experienced and acting abilities, Thomas's salary is also valued in the same amount. Some of her hits films include The English Patient, Gosford Park, Darkest Hour, Four Weddings and a Funeral.

On the other hand, her current partner has an impressive worth of $1 billion. He has accumulated his total assets from his business ventures.