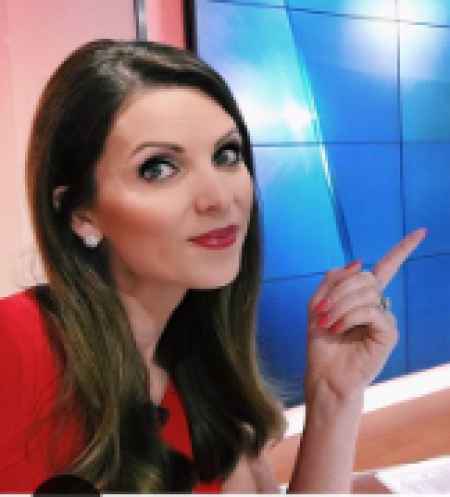 Who is Krystle Gutierrez?

Krystle Gutierrez is an American reporter working as for NBC 5. She started her career much earlier working as a news reporter and has earned numerous awards for her works.

Krystle has not disclosed about her early life or her family. However, she graduated from Texas A&M University with a bachelors degree in Agriculture Journalism.

She started her career as a studio camera operator for KBTX-TV during her freshman year in her college. She got into the big screen while in Junior college where she served as a noon show anchor and co-host for "Aggie Game Day Live".

Additionally, Gutierrez was a reporter and a fill-in anchor for the CW'S Morning Dose and Fox 4's Good Day from 2007 to 2012. She has also covered the devastating wildfires of North Texas in 2011 and the Super Bowl XLV in 2011.

Further, she went to join KRIS-TV in Corpus Christi as a health reporter and anchor. She was honored by the Texas Medical Association as well as Texas Associated Press for covering a nerve-wracking story of a South Texas teen survival from Staph bacteria.

Moreover, she is assigned as a traffic reporter to cover traffic when her colleague Samantha Davies is a way for her work. Her weekday morning show starts from 4.30 a.m. to 7 a.m.

How is Krystle Gutierrez's personal?

Gutierrez has kept her lifestyle very private. She married to NBC 5 reporter Kris Gutierrez. As for now, they have two children, a daughter and a son. The husband-wife pair was honored to team up the emcee 2018 GRACE Gala.

Her husband Kris went to Lewisville High School. Likewise, he went to earn a bachelors degree in Broadcast Journalism. In the same way, her spouse is a sports-loving person and was a dedicated soccer player in his college days.

He has worked in some of the well-known media streams. He was assigned as a national correspondent for the Fox News. He was tasked with a responsibility to edit all the content for the regional state of Texas, Oklahoma, Arkansas, and Louisiana.

Talking about other facts about her partner, Kris has numerous awards at his disposal. He was honored with the Texas Associated Press Broadcaster. The American Cancer Society also recognized him.

Besides work, he likes spending his time along with his wife and his children. He makes his time for his parents and takes them for tours frequently.

What is Krystle Gutierrez Net worth?

Krystle is mum about her net worth, but it could be in six to seven figures. She earns a decent salary of  $41,791 annually.

She lives an affluent lifestyle with her family. She owns a farmhouse that she regularly visits. Further, she also endorses fashion shows and fashion products under the brand Polished Fashion.