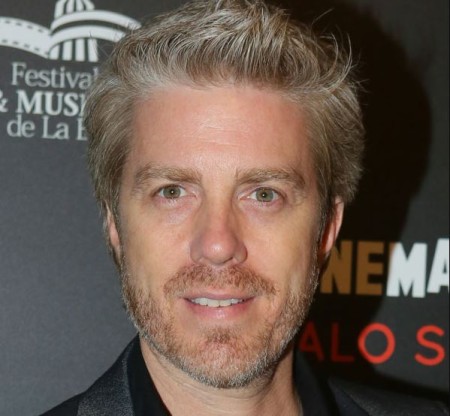 Widely-popular musician, Kyle Eastwood is well known for his mesmerizing vocals and amazing songs, which garnered the attraction of millions. He rose to fame after his debut album, From There to Here. Other than that, he also received a nomination for Golden Globe Award for his song, Gran Torino. Recently, he acted in Oliver Murray's documentary, Ronnie's.

Eastwood was born as Kyle Clinton Eastwood on 19th May 1968, in Santa Monica, California, United States. Moreover, he hails from white ethnicity and holds an American nationality. So, what's happening in his love life, is he married or single? Let's take a glimpse of Eastwood's personal life.

The 51-year-old musician, Eastwood is in a blissful relationship with his current wife, Cynthia Ramirez. The two walked down the aisle in September 2014 in an intimate ceremony.

The married couple is enjoying the joyful moments for a very long time. Recently, they celebrated their 5th marriage anniversary. Also, Kyle shared a picture of his family gathering in Carmel-by-the-Sea, California, on 21st September 2017 via Instagram.

Gran Torino composer, Kyle was once committed to his first wife, Laura Gomez. The duo united as husband and wife on 1st May 1995, which held between their close relatives and friends.

After their marriage, the pair stayed married for more than nine years but later separated and filed a divorce in 2005. Furthermore, their divorce was finalized at the court in late-2005.

Upon their divorce, it was rumored that Kyle was in an affair with a gay realtor, Sam Kelley who's a native of Manhattan, NY. Also, Kelley said that he and Kyle were linked to an eight-year relationship. In response, Eastwood claimed his statement "utter rubbish" and denied the rumor of dating. Nevertheless, he didn't sue him for libel.

Blessed with a Beautiful Child

The former couple, Kyle and Laura welcomed an adorable daughter, Graylen Eastwood on 28th March 1994 in Los Angeles, California. Since now, their daughter is working as a screenwriter as well as an actress in the field of entertainment.

Graylen made her debut in the short adventurous fantasy movie, Parzival where she acted alongside Thibault-Theodore Babin and Emily Caillon under the direction of Julien Landais. She is also notable as the writer for her first short action fantasy movie, Masque d'Or.

Kyle's guardians, Clint Eastwood and Maggie Johnson tied the knot on 19th December 1953. During the time of their wedding ceremony, Clint was 23, and his bride was 22 years old.

The two shared two children, Kyle and Alison Eastwood (born on 22nd May 1972). Moreover, their daughter, Alison is an actress and filmmaker who recently completed three movies that are coming soon in 2020.

The couple's marriage, however, ended after living together for 31 years in marriage. Later, the pair filed a divorce in 1984, and their divorce was confirmed on 19th November 1984. The reason of their separation was Clint's sexual relationships with other women.

Music composer, Kyle has an impressive net worth of $10 Million as of 2019. Similarly, he also makes a substantial wealth from his acting works. According to Salary.com, an actor/actress in the United States makes $56,502 as an annual salary.

Kyle made his appearance in many successful movies that have garnered critical reviews, including both positive and negative. Some of his blockbuster films with box office collection are as listed below,

Eastwood also starred in an episode of a comedy talk-show, Die Harald Schmidt Show, that received 7 out of 10 stars from 235 ratings. At that time, he performed his song, From Rio to Havana, which increased the show's TRP.