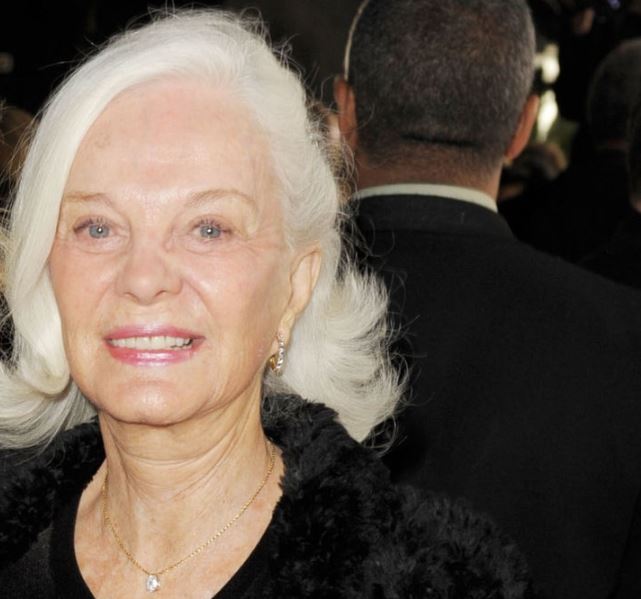 American swimsuit-model and actress, Maggie Johnson is popular for her portrayal of Beth Armstead in the mystery crime-drama series, Ironside. She is also recognized for her role as Sarah Toller in the crime action drama series, Mannix. Additionally, she also featured in the 1990 thriller movie, Dangerous Obsession.

Maggie was born as Margaret Neville Johnson in 1931, in the United States of America. She holds American citizenship and belongs to white ethnicity/race. Aside from this, she is a married woman as of 2019.

Maggie Johnson is reportedly living a single life. She has enjoyed the most beautiful and romantic moments of her life with her estranged husbands. After divorcing, she isn't involved in any relationship with any other person up until now.

The former swimsuit-model, Maggie was firstly married to Clint Eastwood, an American actor on 19th December 1953. At the time of their wedding ceremony, the bride, Johnson was 22, and her groom was 23 years old.

After staying married for overall 31 years in a marital relationship, they eventually filed a divorce, citing irreconcilable differences in 1984. Later, the court specified their divorce finalized on 19th November 1984.

The former couple is the parents of two adorable kids. Their first child is Kyle Eastwood, who was born on 19th May 1968 in Los Angeles, California. Their son is an American jazz bass musician who came to prominence after releasing his first solo album, From There to Here in 1998.

The duo's second child, Alison Eastwood was born on 22nd May 1972, in Carmel-by-the-Sea, California. She is an American actress who made her debut at the age of seven in 1980 film, Bronco Billy.

Maggie's estranged husband, Clint was in numerous extra-marital affairs; some are casual and serious relationships of differing lengths and harshness over his whole life. At first, he was involved in a 14-year-long relationship with an actress and stunt woman, Roxanne Tunis, with whom he welcomed a daughter, Kimber Eastwood, in 1964.

During the time of the 1990s, Eastwood was involved in a romantic relationship with an actress, Frances Fisher, with whom he became the parent of Francesca Eastwood (born in 1993), an actress. After the birth of their daughter, they separated because of some misunderstandings.

Upon their separation, Eastwood was married to his second wife, Dina Ruiz, an American reporter, and news anchor on 31st March 1996. The duo welcomed a daughter, Morgan Eastwood, an actress (born on 12th December 1996).

The couple, however, divorced 22nd December 2014. Upon their divorce, Clint started dating a restaurant hostess, Christina Sandera, who is 33 years younger than him. He also dated a photographer, Erica Tomlinson-Fisher, from 2012 to 2014.

The beautiful personality, Maggie, was married to her second husband, Henry Wynberg. Their marriage was an intimate ceremony where they invited their close friends and family members in 1985, in Hawaii.

After their nuptial, the duo was happy together, and all things were going right during that time. But, something happened after living for four years in a marital relationship, which led them to file for divorce in 1989. The duo didn't share kids from their marriage.

American actress, Johnson maintains a net value of $25 Million as of 2019. She earns a handsome salary from her profession. According to Glassdoor, an American actress receives a remuneration of $37,430 yearly.

Maggie's first husband, Eastwood, has a lucrative net worth of $375 Million. He currently lives in Pebble Beach, California, which he bought at $9.75 Million.

The home features six bedrooms, seven bathrooms on 6,900 square feet. It also features a great room with furnished ceilings, an iconic dining room, and breathtaking ocean views from the south face of the accommodation.