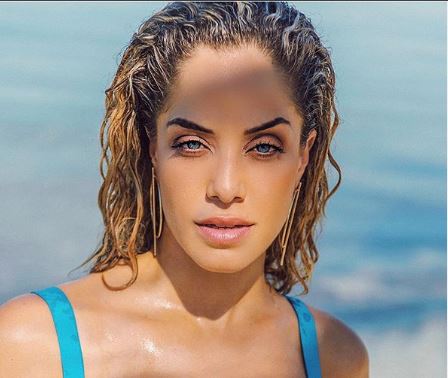 Laticia Rolle is a model, entrepreneur, and blogger who runs a lifestyle blog known as Bluhazl.com giving suggestions on tips of makeup, diet, fashion, and exercise. What is more, Laticia came to limelight only after her relationship started with Basketball Legend, Shaquille O'Neal, back in 2014.

Laticia was born on February 11, 1988, in Gardner, Massachusetts. She was born among the five children born to Alverez Federick and his wife, Nancy Lee Rolle. She has two brothers, Xavier and Elijah, and two sisters, Gisemi and D'Ana. She loves sport and performed at Women's Basketball Roster of Worcester Academy High School in 2009/10.

Laticia was in a relationship with Shaquille O'Neal. The couple started dating back in 2014. If we follow the sources, we can say that the love birds first met each other at Ceviche Tapas Bar in Tampa, Florida. Laticia used to work as a hostess back then.

Although they had been in a relationship for almost three years, there is not much information about them in the media. By the end of 2016, rumors started to fill the air of Shaquille getting married to Rolle. These rumors turned out to be false.

However, the fitness model and Basketball legend got engaged on October 24, 2017, as per reports. This news circulated after thejawnwitjerz uploaded a photo of the couple and congratulated them. Along with that, Laticia shared a picture along with her Huge Diamond engagement ring.

But in later months, Rolle says that she did not get engaged with Shaquille. So, it looks like the news about her engagement is just rumors.

Is Shaquille O'Neal Still in a Relationship with Laticia Rolle?

As of now, the media personal are in a state of dilemma. The couple is not seen together in any award functions and family parties. Laticia seems to be living with her family in Massachusetts.

More to that, Laticia has deleted most of her photos with O'Neal. She has even removed the picture of her engagement from her account. Rolle's relationship status seems to be single at the moment.

Not just that, scrolling through her Instagram, there are many photos of her traveling around the world to exotic destinations. She is currently enjoying her life to the fullest and moved on from her romance with NBA legend. On the other hand, Shaquille is also having fun as he is often spotted at different party venues with his friends.

Laticia Rolle has an estimated net worth of $2 Million which is similar to Asian-American ethical actress, Hong Chau. Laticia is garnering all her net worth through her payments from advertisements, endorsements, and modeling. As per the sources, the engagement ring was worth $5 Million.

She is very much active on her website and is collaborated with some famous brands like Nike, New Balance, Popsugar, Spanx, and some more. Along with that, Her former-partner, Shaquille, has a net worth of $400 Million. As per Forbes, Shaquille earned a total of $700 million throughout his career.

This may be the first relationship of Laticia, but O'Neal has been in a relationship with few more girls in the past. He was married to Shaunie Nelson on December 26, 2002. The couple was blessed with four children.

Shaunie filed a case for divorce back in 2007; however, the case withdrew as both started living together.

In 2009, Shaunie again filed for divorce, mentioning irreconcilable differences. The case soon finalized, and the couple got separated. After that, He started dating reality TV Star, Nicole Alexander, in 2010. The relationship ended in 2012.

Before that, O'Neal has a daughter,Taahirah O'Neal, from his relationship with Arnetta Yardbourgh. As of now, Shaquille is living a single life.

Keep Visiting Us Married Celeb To Know More About Businesswomen