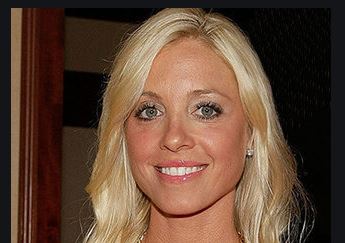 If you are a big fan of a American Football then you probably have heard about Layla Kiffin. Besides, being the wife of a famous personality like Lane Kiffin, she has worked for Tampa Bay Buccaneers as a special events department.

Born on January 3, 1975, in Florida, she is the daughter of Patti Reaves and John Reeves. Her father is a retired footballer who played with teams including Philadelphia Eagles, Cincinnati Bengals, Minnesota Vikings, and Tampa Bay Buccaneers. After his retirement, he managed several clubs as well as national teams as a coach.

She has two siblings David Reeves and Stephen Reeves. Stephen is a retired Canadian professional football quarterback who was drafted by the Toronto Argonauts of the Canadian Football League as a street free agent in 2009. As well as David Reeves is also a quarterback coach who is married to Brooke Reeves.

Layla Kiffin, the 44 years old women is currently leading a single life. She is a busy woman who is taking good care of her family with whom she is living in California. Layla seems to hide her personal life and detail under the radar, as there are no rumors about her present boyfriend or partner.

Moreover, she is hardly active on different social media platforms like Twitter. As we scroll down her twitter, we only found her picture with family trips and family get together.

Layla, once was the focus after her relationship with NFL's youngest coach in history, Lane Kiffin. Their affair started in late 1999, after Lane was hired as an assistant coach at Colorado State. Similarly, Layla was in Tampa Bay Buccaneers serving as a special events department.

Lane Kiffin is an American Football coach who is serving as a Head Coach in Ole Miss Rebel Team. Before that, he has worked with teams like Florida Atlantics, Oakland Raiders, Alabama, USC, colorado State Team. He is considered as a youngest person to hired as a head coach in NFL history.

After 5 years of a committed relationship, the lovers decided to take their affair into a whole new level. It was in 2004 when she got married to Lane Kiffin. They took wedding vows in front of their close family and friends.

However, till this days there are no specifics made by the couple about the details of their wedding ceremony. Sadly, the couple got separated in 2016.

Split After 16 years of Marital Life

It was must be a hard time for both of them as they decided to divorce after spending all those years together. Layla filed for divorce from Lane on February 2016. The duo decided to get separated after their marriage starts to fall apart due to scandal and extra affair of Lane.

Reports suggests that Lane was allegedly involved in a relationship with the Alabama woman, Kristen Saban, who is Nick Saban's daughter.  After Lane accepted his relationship, Layla filed a divorce case in the state court of California.

Moreover, before getting separated the couple became the parents of three beautiful kids.

Children Of Layla And Lane Kiffin

After her separation from Lane, she succeeded to secure children's custody on her side. She gave birth to the eldest child, a daughter Landry in 2005. Later on, she again gives birth to her daughter Presley. Furthermore, she welcomed her third kid as a son Knox in 2009.

Lane And Layla Showing Up With Her Children In Media

As we scroll down her twitter, we can see that she is having a wonderful with her three adorable kids. Her two daughters Landry and Presley is about to complete their higher secondary level of education.

Eventually, her son Knox has started to show interest in a football game. Layla often shares a picture of his son's match in her social account. It seems like little Knox just want to be as great as his maternal grandfather, John Reeves and father Lane Kiffin.

Layla ex-husband Lane's started to date Jennifer Dardano, who got divorced from the renowned plastic surgeon Anthony Dardano. Lane and Dardano were claimed to have met through mutual friends after his split with Layla, but so far couple has not provided any specifics of their relationship.

According to some intertabloids, he's been seen a couple times together at Wishing Well Irish Pub within Mizner Park. Before, Dardano, his relationship with Kristen resulted the separation of Kiffin family.

What is Layla Kiffin's Net Worth?

There is no much information regarding Layla's occupation and income source. But we know that she is a professional gym trainer. And the pro gym trainer generally earns between $40,000 to $60,000 as a salary just as Anna Kaiser. So perhaps she is also earning in the same range. As per 2020, she has an estimated net worth of $400,000.

Moreover, her ex-husband Lane is one of the highest-earning coaches in the NFL just like Coach Matt Lafleur. According to spotrac, Lane Kiffin's current salary is $3.6 million  per year.

Alimony Agreement Of Layla And Lane

Nevertheless, she actually resides in Manhattan Beach, California, in a rental house that costs $10,000 a month. In fact, she still receives money from her ex-husband as a child and spousal allowance.