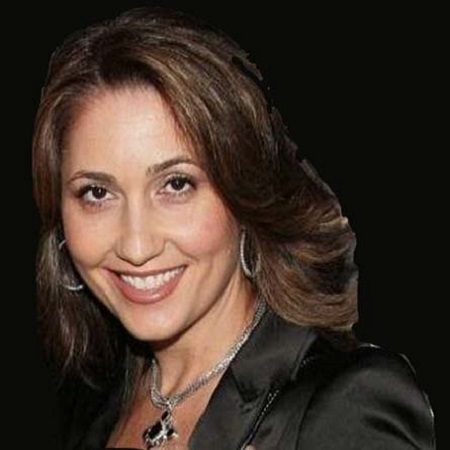 Lesly Brown's photography career might've failed to give her fame around the world; her marriage sure passed. Brown is the wife of famous American television personality Patrick Leonard Sajdak orcommonly known as Pat Sajak. Although she started her life as a model, she devoted her life to her family rather than her personal life.

Lesly Brown was born on February 18, 1965, in Maryland. Lesly Brown is one of the three daughters of Michael Brown and his wife and Maria Brown. Her father worked as a dentist, and Mother took care of the children and the House. Let's know more about her personal life.

Lesly is Married to Pat Sajak

Lesly and Pat have been married for more than three decades. They tied their knot on New Year's Eve in 1989. Brown and Sajak married in a very traditional ceremony in a 19th-century Catholic church in Annapolis, Maryland.

Dan Miller served as his best man as Dan was Sajak's long-time friend and sidekick on the short-lived CBS talk-show 'The Pat Sajak Show.' Only a few of the Family members and some close friends attended the Lavish Ceremony.

Lesly and Pat are the proud parents of two children. The couple was blessed with a son, Patrick Michael James Sajak, on September 22, 1990. Then, on January 5, 1995, they welcomed their second child, a daughter, Maggie Marie Sajak.

Lesly spent most of her time taking care of her children. Their daughter, Magie, has already gained fame as a singer. She released her first single a long time back in 2011. She was even part of Teen Vogue as a model back in 2013 while attending Princeton University.

This may be the first marriage and even the first relationship of Lesly Brown, but on the contrary, her husband, Pat, has been in some relationship prior to getting married to Lesly.

Pat tied his knot with his then-wife, Sherrill Sajak, in 1979. As Pat came to limelight only after appearing with the show, Wheel of Fortune, there is not much information about his first marriage.

The relationship did not last long as they decided to split in 1986 and file a case for divorce. Their case was soon finalized and both of them moved on. They did not have any child with their relationship of almost a decade. The reason for the divorce is still a topic of debate to the public.

How Rich is the Wife of Pat Sajak, Lesly Brown?

Lesly Brown has a net worth of $200,000 which is similar to Kris Williams. She is working as a professional photographer for almost a decade. Also, she even hosted her husband's show several times back in 2019 when Pat was hospitalized as per the reports of Dead Line.

Also, Lesly Brown's Husband, Pat Sajak, has a net worth of $65 Million. He has been accumulating all his net worth through his successful career of Television Host.

Pat earns $312,500 per workday as per online sources. Additionally, Pat Sajak earns $52,083 per show. As a total, Pat Earns an average of $15 Million as his Salary which is similar to his co-host, Vanna White.