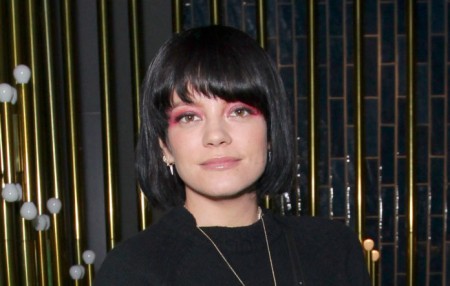 Lily Allen is a multiple award-winning English singer, songwriter, and author. Her debut single, Smile, was the number one on the UK Singles Chart. Likewise, Allen was nominated at the Grammy, Brit, and the MTV Awards for her debut record, Alright, Still. Often considered as a outspoken artist, Lily has had her fair share of fame and wealth in the entertainment industry.

Lily Rose Beatrice Allen was born on May 2, 1985, in Hammersmith, London, England. She is 35 years old as of 2020. Allen's music genre is Pop, electro-pop, reggae, and R&B. Now, let's know some interesting facts about Allen.

Lily's father, Keith Allen, is a Welsh actor and television presenter. Likewise, her mother, Alison Mary Owen, is a film producer. Lily has two sisters, Sarah and Rebecca. Her younger brother, Alfie, is an actor best known as Theon Greyjoy in the tv series, Game of Thrones.

When Allen was four, her father left the family. Afterward, they settled in Islington. Lily didn't shine academically as she changed over 13 schools. Do you know she was once expelled for drinking and smoking? She left school at age 15 to improve her performance in compositional skills.

Lily was married to a builder and decorator, Sam Cooper. They began dating in July 2009, and their engagement took place in December 2010. Sam asked her to marry while they were vacationing in Bali. Further, their wedding ceremony took place on June 11, 2011, at St. James Church in Cranham, England.

Lily and her ex-husband welcomed their first child, Ethel Mary, in 2011. Likewise, their second child, Marnie Rose, was born in 2013. Lily once revealed that she suffered a lot during both of her pregnancies. Allen also had a son named William George Cooper, who she lost as a stillbirth.

In her first pregnancy, Allen experienced about a week and a half of heavy bleeding. Additionally, she experienced postnatal depression following the birth of her second kid. Lily and Sam's divorce was finalized in June 2018. However, they had broken up in mid-2015. So, what was the reason behind their separation?

Why Sam Cooper left his wife?

Allen has openly revealed about her unfaithfulness. In her book, My Thoughts Exactly, she wrote that she had an affair with a singer named Liam Gallagher while she was still married to Cooper. Further, she also had physical relationships with female escorts in 2014. So, after she confessed, Sam decided to separate from his ex-wife.

Lily and Sam's divorce was mutual, and they shared custody of their children. Before marrying Cooper, Allen dated musician, Ed Simons of the Chemical Brothers. They dated for five months from September 2007 until February 2008.

Since 2019, Lily has been dating American actor, David Harbour. He is best known for his role as Jim Hopper in the Netflix drama series, Stranger Things. The couple made their red carpet debut at the 26th Annual Screen Actors Guild Awards.

On the other hand, Lily herself revealed that her ex-husband has a new girlfriend. While they rarely see each other, the former spouses are still on good terms.

The Grammy Award nominee, Lily Allen, has a net worth of $5 million as per celebritynetworth. She is one of the famous singers in London and has fans all over the world. Allen has been active in the music industry since 2002. Throughout her nearly two-decade career, Allen has been through a lot of ups and downs. Unlike Allen, another English singer, Dua Lipa, has a net worth of $16 million.

Allen is the owner of a record label named, In the Name Of. Most of her albums are best-sellers, and her primary income source is music. Besides, she is also an author. Despite having a decent net worth, Allen once told in an interview that she had a debt of over $1 million in the past. She also revealed that she sold her $5.6 million worth mansion in 2016.