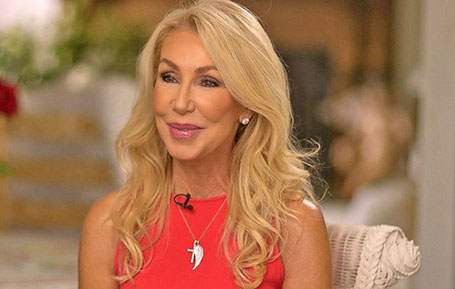 Long known as the ex-girlfriend of late Elvis Presley, Linda Thompson is an American songwriter, lyricist and beauty pageant winner. Although Linda never married Elvis, her name still pops up when anyone goes through Elvis's romantic affairs.

Linda Diane Thompson was born in Memphis, Tennessee on May 23, 1950. She is one of the two kids of Margie White Thompson and Sanford Abel Thompson. Linda's brother Sam Thompson once worked for Elvis as his bodyguard. Twice married Linda is also a mother of two children; Brandon Jenner and Broody Jenner.

How She Met Elvis Presley?

When she won Miss Tennessee Universe pageant back in 1972, Linda began pulling media towards her. She was once invited to attend Memphian Theater. There, she was introduced to Elvis for the first time. Elvis' personal secretary Jeanne LeMay Dumas can vividly recall the event. She once said,

"Like most people, I was a huge Elvis fan and never dreamed I'd get to meet him, much less have the experiences I ended up sharing with him and Linda".

"I've always in my heartfelt it was fate, destiny, whatever you want to call it, that first brought me and Linda Thompson together as roommates at a beauty pageant in Puerto Rico. She was Miss Tennessee and I was Miss Rhode Island".

Jeanne was a close friend of Linda before being Elvis' personal assistant.

Despite 15 years difference in their age, Linda and Elvis began a romantic relationship. They lived together for at least four years. During this period, Linda's parents also grew close to Elvis.

Before he began an affair with young Linda, Elvis was already married to Priscilla Presley. His extramarital affairs and drug addiction made Linda put an end to their relationship. Furthermore, Linda wanted to have kids but Elvis didn't like her idea. The couple moved apart in 1976.

Remembering Elvis, Thompson said that she loved him very much and did not end the relationship because of no love. She, furthermore, said that she wanted more for her life and become a mother but Presley was not up for the idea.

A year after their break up, Linda received the news of Elvis's demise. Elvis died due to severe health problems.

Heartbroken Linda found new hope when she met Olympic gold-winning decathlete, Bruce Jenner. In 2015, Bruce revealed himself as a woman and since that time he is known as Caitlyn Jenner.

Bruce and Linda began dating each other during the 1980s. Before meeting Linda, Bruce was already a divorcee. He was married to Chrystie Jenner. After a year on January 5, 1981, Linda and Bruce walked down an aisle. They were pronounced husband and wife in Oahu, Hawaii.

After spending 5 years together, there arose complications in Linda and Bruce's marital life. The couple had lived in Malibu since the marriage but eventually, Bruce began spending most of his time away from home. He never spent time with their two kids and that made Linda sad.

Linda and Bruce were finally divorced in 1986. Even after the legal separation, the pair showed up in public events together with kids. About their relationship aftermath of divorce, Bruce said;

We are living apart and we still have a wonderful relationship. I don’t mind speaking for Bruce in saying that family means a great deal to us. But our life together just isn’t as cohesive as it once was. It was all a lot easier when we were just dating.

Later in 1991, Bruce married for the third time with TV personality Kris Thompson.

Although Linda had to go through a series of heartbreak, she was not too broke to fall in love again. She married Canadian musician David Foster in 1991.

David is best known as a member of Asia's Got Talent's judge panel. Linda and David together penned down several hit songs like; Whitney Houston's I Have Nothing and Grown-Up Christmas.

Linda's conjugal life with David also proved a failure. The couple's divorce was settled in 2005. Linda publicly said that the cause of their separation will remain personal and private. She also added that her real life is not entertainment.

During 14 years long marriage, Linda and David didn't have any kids. David is currently in a happy relationship with Katharine McPhee and Linda's wished them all the best.

What Is Linda's Net Worth?

Linda's net worth is estimated to be not less than $10 million. Songwriters earn an average salary of $43,000 a year. But top-notch artists like Linda make a lot more than that.

Besides writing songs, Linda also gets huge sums from her books. Some of her best selling books are; A Little Thing Called Life: From Elvis's Graceland, Bruce Jenner's Caitlyn & Songs in Between Hardcover.

Back in 2005, Linda received half of the profits from selling Malibu estate upon her divorce with David. More to that, she previously owned a condo at the Empire West building in West Hollywood.

She sold the apartment for $2 million in 2016. Linda had bought the property in 2008 from TV director John Bowab for $1.5 million.

Hee Haw's actress Linda's songwriting talent is impressive. For her works, Linda made herself a place at Oscars and Grammys. Here's the list of awards and nominations for Linda in different categories:

Click Married Celeb to read more about your favorite celebrities!!!