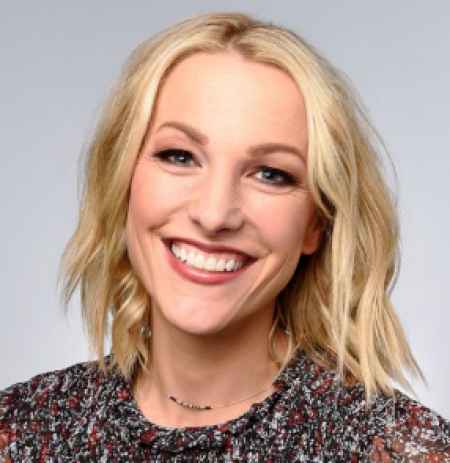 Lindsay Czarniak is an American journalist and sportscaster. She currently hosts a car show for NetFlix. Her work includes studio hosting as well as pit reporting for Fox Sports. AS a sports anchor, she has covered in several most-watched sports channels such as NBC & ESPN where another brilliant host Katie Osborne has also lent her skills.

Lindsay was born on November 7, 1977, in Harrisburg, Pennsylvania. She was to father, Chet Czarniak and mother, Terri Czarniak. Her father worked in the sports department of Washington based local newspaper for seventeen long years whereas her mother Terri was a high school principal of Rose Hill Elementary School in Alexandria, Virginia.

Is Lindsay Czarniak Married? Who Is Her Husband?

The beautiful media personality, Lindsay is currently in a marital relationship with Craig Melvin. Her husband is serving at MSNBC as an anchor and NBC as a news correspondent. Craig has previously worked for NBC affiliated television channels such as WIS and WRC.

The sweet married couple tied the knot on October 15, 2011, in a private ceremony that was held on Washington. From their blissful wedding, the couple is blessed with their first baby boy, Delano Melvin in March 2014.

Czarniak announced her second pregnancy on Sportscenter before the 2016 NBA Finals in Cleveland. She gave birth to her daughter, Sybil Ann Melvin in November 2016. Since then, the family is together living a happy life. Lindsay is also enjoying her motherhood along with her work.

What Lindsay Czarniak's Net worth & Salary?

Lindsay currently has an estimated net worth of over $3 million. She ably gathered such an enormous amount from her long career in the media industry.

Concerning her income, she makes around $1.5 million as her annual salary from the current network. Prior to that, while working for NBC and ESPN, she has probably received a good amount of paycheque as those networks are known for paying an excellent remuneration to their employees. Further, she is on the list of high earning female TV journalist in the nation.

Apart from the regular work, she also receives a decent amount of money by performing as a guest star in some movies like Ghosts Don't Exist.

Czarniack lives a lavish lifestyle touring some of the captivating places across the world. She seems to like beaches, fishing and partying. This beauty is seen having fun with her children most of her time.

Lindsay likes cooking exotic food with her friends. She spends quite a part of her income to maintain a rich and standard manner of living.

Her career at ESPN and NASCAR

She holds an American nationality and belongs to white ethnicity. Further, Czarniak also has a younger brother who is in the U.S. Coast Guard.

Lindsay moved along with her family to Northern Virginia state when she was only five years old. There she went to Centre Vile High school and completed her graduation with a major in online journalism from James Madison University.

Lindsay started her career as an intern at CBS affiliated television station, WUSA in Washington. In 2006, she went to Turin, Italy to cover the Winter Olympics for the NBC Sports.

An American broadcaster, George Michael personally called her to work for his network. She then became the official co-host of the George Michael Sports Machine in September 2006. In 2007, she along with her colleague Dan Hallie took over the show after Michael stepped down.

In 2011, Czarniak announced that she would leave NBC 4 in order to join the ESPN. On April 2013, she became the first female host to cover ABC's Indianapolis 500 which was previously anchored by Brent Musburger.

In 2018, her contract with ESPN ended. She then joined Fox Sports as a studio host. As of now, she is busy with her NASCAR coverage. She is currently hosting a car show on Netflix.

For further updates on Sportscaster, stay subscribed to Married Celeb!!!