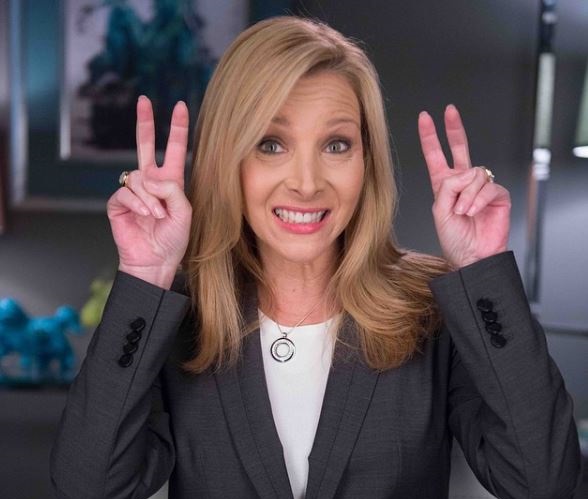 If you are a fan of the longest-running American sitcom television series, Friends then you are no stranger to this next personality. Lisa Kudrow is popularly known as Phoebe Buffay in Friends which lead her to gain a Screen Actors Guild Award nomination. After the success of friends, she initially portrayed Phoebe's twin sister Ursula on the television sitcom Mad About You.

The beautiful and talented actress, Lisa was born in Los Angeles, California, the U.S on July 30, 1963. She grew up along with siblings, Helene Marla Kudrow, David B. Kudrow and Derrick Kudrow.

Alongside TV success, she is equally famous and hardworking through her film appearances. Started as an actress, she is also a well-known writer, comedian, singer, and producer. The 56 years old gorgeous actress is still enjoying her success and has been engaged in various projects. She is also a very close friend with TV host Conan O'Brien.

Married For More Than Two Decades

Lisa found her love life, Michel Stern back at the end of the 1980s. Fate has to lead the couple to meet each other at the wrong place at the wrong time. They were both at the height of the career and very deeply in love with each other.

After more than 3-4 dates, Lisa knew that Michel is the one whom she will marry. At the age of 31, she decided to tie the nuptial knot with her long-time boyfriend, Michel. Finally, after six years of together lead them to share wedding vows on May 27, 1995, just one year after the hit NBC series, Friends premiered.

Lisa and Michel are now married for 24 years which makes one of the longest-lasting couples in the show business. Many news and media are still wondering what the secret is behind their relationship? On the response, she usually states that they are not only couples as well as they are friends in real life and often help each other in every situation.

Being bound in the relationship for so much longer period of time, their love seems very young, and the lovey-dovey is usually seen flirting each other in every place and often goes to date night. The beautiful couple is blessed with one son named Julian Murray Stern who was born on May 7, 1998. He is now in college, living his dream while mother Lisa is still worried about her baby boy.

Despite being a busy personality, the pair are still supporting their son in every possible manner. They almost celebrate their son's birthday together every year. Interestingly Lisa's pregnancy was written into the fourth season of Friends, with her character, Phoebe, having triplets as a surrogate mother for her younger half-brother Frank and his wife, Alice.

The Net Worth of Lisa Kudrow

Lisa has a total fortune of $90 Million without a doubt, she has accumulated all of her earning through her outstanding career. Her career status has been on a constant upward trajectory since she broke into the entertainment industry 30 years ago.

She and her co-stars Courtney Cox and Jennifer Aniston even set a world record when they became the highest-paid television actresses ever up to that point, each earning $1 Million an episode. Their other co-star like David Schwimmer and Matthew Perry also collected the equal amount of the remuneration.

Her duration in the series leads her to earn around $90 Million in base salary alone from the show. Additionally, Friends continues to generate worth of $1 Billion per year in syndication royalties and streaming deals.

It is reported that every cast member can earn $10-$20 Million in royalties alone. Furthermore, Lisa has been engaged in various hit TV series and starred in many blockbuster movies from which she has bagged a good amount of remuneration. Her films have grossed over $2 Billion worldwide.

Being one of the fortune collectors, Lisa has also utilized it very wisely. She owns several mansions around the world. In 1996, she bought a 6,400 square-foot home in Beverly Hills which cost her $1.9 Million.

Again in 2001, she bought second Beverly Hills home, not far from Rodeo drive at a price of $2.4 Million. Additionally, she sold a penthouse in Park City, Utah for $3.6 Million in April 2017.

Husband's Net Worth in Million

Lisa's husband Michel Stern has estimated net worth of $2 Million which hasn't been officially confirmed yet. It is believed that his yearly income is more than $300,000. Apart from his wife's success, he has accumulated all of his earning through his hardworking personality. Currently, he is living a luxurious lifestyle alongside her wife and son.

Lisa has been a spectacular personality for the whole industry and fans. Due to her presence in various TV series and films, she has been honored with numerous accolades over her career.

Additionally, she has also listed eight nominations for the American Comedy Awards where she won one of them on the title of Funniest Supporting Female Performer in a TV series.

Lisa's husband Michel is originally from France and is an advertising executive and businessman. After marrying Lisa, he became the son in law of Nedra Kudrow and Lee Kudrow. He spends his early years in France and later managed to move in the US for higher education and a quality lifestyle.

After marrying Lisa, he came to limelight and became a public figure. He holds both French and American citizenship. He is one of the leading advertising executives in the USA as of now. The details of his company are not disclosed as of now, but surely his success in professional life ranks him amount the best of the best business person in the world.