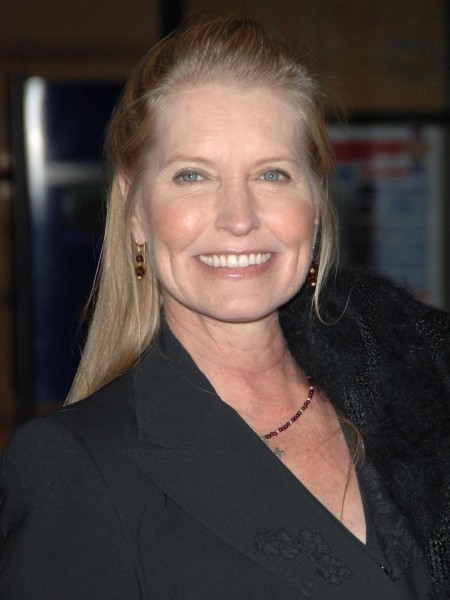 American writer, Lisa Niemi is well known for her book, Worth Fighting For Love, Loss, and Moving Forward, which is listed as the New York Times' bestselling book. She is also notable for her portrayal of Chrissa Lindh in the romantic drama movie, One Last Dance. She recently featured in the biographical documentary film; I Am Patrick Swayze.

Niemi was born as Lisa Anne Haapaniemi on 26th May 1956 in Houston, Texas, United States. She is the daughter of Edmond Haapaniemi, a former director of Water Safety Services at the Red Cross and Karin Haapaniemi, a registered nurse. She belongs to the Finnish ethnic background. Let's take a glimpse of Niemi's personal life.

American author, Lisa Niemi is currently living with her second husband, Albert DePrisco, who's a businessman and jeweler. The couple walked down the aisle on 25th May 2014 at Mar-a-Lago Club, a resort located in Palm Beach, Florida.

The couple first at Lisa's birthday party, and then, they started dating. After dating for one and a half years, Albert decided to propose her with a cushion-cut eternity band pattern of a diamond ring.

Albert later surprisingly proposed her on the Christmas Eve on 18th December 2013. She was so amazed by the proposal and said that she could wear the ring for her whole life and accepted his proposal and became united as husband and wife but yet to share kids as of now.

One Last Dance writer, Liesa, was married to her first beloved husband, Patrick Swayze, an American actor on 12th June 1975. After their wedding ceremony, they settled down to New York City to follow their dancing careers in the late 1970s.

The perfect soulmates found their true love at the Houston Ballet Dance Company, where Niemi met Patrick, who was the owner and director of the institute. At that time, they both were only 14 years old. When they reached the age of 15, they eventually started dating.

The married pair relocated from New York to Los Angeles, California, where they ran different businesses and raised horses to pursue in the field of acting as well as dancing. Unfortunately, Niemi suffered a miscarriage in the early 1990s, and since then, they had no kids.

After the incident, Swayze started taking alcohol and became addicted to alcoholism. Later, Niemi decided to admit Patrick into rehab treatment. After the first recovery, he partially withdrew from his show businesses, to go out for taking care of his Arabian horses, including his favorite horse, Tammen, a chestnut Arabian stallion.

During a flight from Van Nuys, California to Las Vegas, New Mexico, Swayze started to demand alcohol, but there were no hard drinks in the cabin. Patrick, however, found out that the juice is stored in external storage compartments, which are restricted in flight. He refused the flight services and started drinking alcohol.

The probable cause of the alcohol made Swayze's physical impairment due to the cumulative effects of carbon monoxide from engine consumed by-product, which was from heavy tobacco and an undetermined amount of cabin compression, resulting in hypoxia.

Later, Patrick was diagnosed with pancreatic cancer, but Niemi was the one who helped his battle against cancer. No matter what was the situation, she was there for him, but he left her in the fourth stage of disease on 14th September 2009. Nevertheless, he said his last words to Lisa, which was, "I Love You" at the time of his demise.

The 63-year-old writer, Niemi, has an impressive net worth of $40 Million as of 2019. Similarly, she earns a lucrative salary from her profession. In the United States, an actress or actor receives an average compensation of $56,423.

Lisa portrayed the role of Carla Frost in 26 episodes of the action-adventure sci-fi series, Super Force, in which she received outstanding appreciation for her work. During that time, she acted alongside Ken Olandt, Patrick Macnee, and Larry B. Scott, among others.

Lisa Niemi is profoundly helping as an endeavor for various charitable foundations as well as social works. She further uses her 10% of income to improve the poor as well as underprivileged societies.

After the death of the first spouse, Niemi is running a foundation, Hope for Pancreatic Cancer Action Network, as the chief ambassador since 2009. For her notable work, she received a Dame of The Royal Order of Francis I of the Two Sicilies Award.

Lisa and her late husband, Swayze bought a house in Los Angeles, California, at $2.83 Million in the mid-1990s. But, they later sold their house to pay the bills of Patrick's treatments. Their home consists of five bedrooms, four, and a half bathrooms on 2,137 square feet.

The former couple also lived in a 5-acre homestead near the Angeles National Forest along with their animals, including horses, rodeo cattle, and pet dogs in the mid-1980s. However, they sold that homestead, and also a 20,000-acre ranch located in New Mexico.

Lisa Niemi wrote a notable book, Worth Fighting For Love, Loss, and Moving Forward, on 2nd October 2012. In the book, she narrates her touching stories during the final months with her beloved husband, Swayze, and the readers of the book rated 4.5 out of 5 in 170 ratings.

If You're Fond of Reading, Then Visit Married Celeb!!! For More Amusing Biographies & Articles