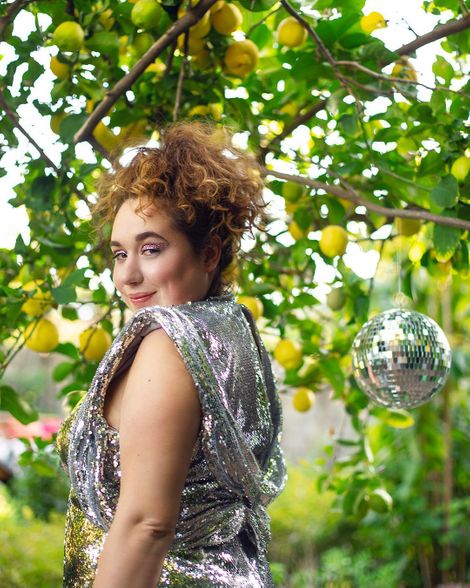 Liza Treyger is a comedian, producer, and actress who is famous for her work in Comedy Knockout (2016), Horace and Pete(2016), and Just for Laughs: All-Access(2012). Likewise, she also gets the attention of people from her debut album, GlitterCheese.

The famous female American Stand-up comedian is reportedly single. Moreover, she prefers to keep her personal life away from the media and rarely talked about it.

Back in 2012, the Comedian star once mentioned about her mysterious boyfriend on twitter. She even revealed her beau suggested her to use news site, twitter,

"I just picked two things I liked and thought that Twitter would go away. But it didn’t, so it became a thing."

Due to her secretive nature, Liza always keeps his partner details confidential; she just gave hints to her fans but never revealed anything. Later, she secretly has broken up with him.

As a public figure, Treyger has thousands of fans all over the world but she never wrong uses her fame. She is always down to earth and shares a friendly equation with everyone, especially to her girlfriends.

Scrolling through her Instagram, the comedian's most of the post was dedicated to her friends. She is either partying or having fun with them, but most importantly, she never misses to praises them and expresses their importance in her life

Working as a comedian for the past five years, Liza Treyger amassed plenty of fans and as well as accumulate a decent sum of wealth from her profession. She has a net worth around $800 Thousand to $1 Million same as comedian Ed Byrne and Tory Shulman.

On the other hand, the stand-up comedians in America make roughly $30,000 to $700,000 annually. However, considering her career graph, her salary is higher than the average one.

Liza initiated her comedian career when she was invited to perform in an open-mike program while studying at the NPU. Then, she started to work in college for her own weekly show Riot Comedy alongside Lauren Vino and Renee Schultz.

Treyger was appeared in 2017 TOP 10 COMICS TO WATCH a list of the prestigious Variety. And, she was a prominent performer as well as creating a show based at this year Just for Laughs Festival in Montreal on her life in Chicago in her twenties.

In 2017, Treyger's half-hour Special for Comedy Central debuted, and recently she can be seen on her Netflix Half Hour Special: Degenerates.

Liza's lasting comedy show is In the Weeds. It will be presenting an hour every night at Bistro Pl, Edinburgh 31st July to 26th August. As stated by Liza, everyone can join this show to expect people who are not feminists.

Don't forget to visit marriedceleb for your favorite celebrities articles!!!