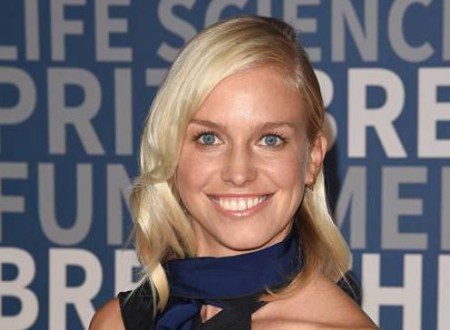 In this modern era of digitalization, Google is the number one website as of 2019. The world's most used search engine was developed by then Ph.D. students, Larry Page and Sergey Brin, in September 1988. Both co-founders are married and are happy with their personal life. And today, let's get familiar with Lucinda Southworth, who is best known as the wife of Larry Page, Google's co-founder and current CEO of its parent company, Alphabet Inc.

Lucinda has her own identity as a researcher as well as a scientist, and she is a doctorate in Biomedical Informatics. She is the sister of actress and model, Carrie Southworth. Further, Lucy comes from a line of well-educated and philanthropic individuals. Together with her husband, Lucinda (Lucy), is involved in several charity foundations.

The researcher, Lucinda, is happily married to her husband, Larry Page, a computer scientist and internet entrepreneur. The couple first met in 2006 and began dating afterward. Lucinda and Larry exchanged their wedding vows on December 9, 2007, on Necker Island, which is owned by the British business billionaire magnate, Richard Branson.

Sergey Brin, Google's other co-founder, and Silicon Valley entrepreneur and billionaire, served as Page's best man. Former president Bill Clinton and his family were also invited, but they were busy with Hillary's presidential campaign.

Talking about the ceremony, over 600 guests were invited on Page's private Boeing 767 to the private island. Among the guests, there were some high profile celebrities such as Oprah Winfrey and current American president, Donald Trump.

Just for your knowledge, Alexis Ohanian, entrepreneur and founder of Reddit, also has a blissful married life with Tennis legend, Serena Williams.

The talented scientist, Lucy, and the tech entrepreneur, Larry, are living happily with their married life. They have been together as husband and wife for nearly twelve years.

Since their marriage, the couple has also led an active social life, often being photographed attending celebrity functions and fundraisers, including the Vanity Fair post-Oscar parties.

Lucinda and her spouse, Larry, have two children. The couple first welcomed their chid in 2009, and two years later they had their second child. The high-profile couple did their best to keep their children out of media attention, and they succeeded because there is not much information about their kids.

In addition to her active social life, charitable work, and her research career, Lucinda manages to balance her motherhood on top of it all. With such educated and wealthy parents, the kids will undoubtedly have impressive accomplishments if they follow in their parents' footsteps.

The wife of Billionaire entrepreneur herself is a wealthy woman. Lucinda Southworth, a researcher, and scientist has a staggering net worth of $1 Billion. Meanwhile, her spouse, Larry, has a net worth of $60.5 Billion as of November 18, 2019. The CEO of Alphabet Inc is ranked at number 6 on the list of Forbes 400 2019 and number 10 at Forbes list of Billionaires 2019.

As per sources, a biomedical researcher and scientist earn an average salary between $82,000-$94,000. Although her net worth is said to be $1 billion, the exact net worth is still a mystery. However, there is no doubt that Lucy is one of the richest celebrity wives, but she prefers to spend her life on useful causes spending less on luxury assets.

In 2005, Page bought a $7.2 million house on Old Palo Alto. The home, which was built from 1931 to 1941, is listed on the National Register of Historic Places. Likewise, in 2009, Page bought a historic home and started purchasing adjacent properties to construct an environmentally-friendly estate.

In addition to several homes, Page owns a yacht named Senses, a 194-foot boat worth $45 million, which he purchased in 2011 from a New Zealand businessman. The yacht has a private beach club with a Jacuzzi and sunbeds, both indoor and outdoor dining areas, and a helicopter pad.

Although Lucinda found wife fame and public limelight as the billionaire wife, she hasn't let her own career down. Apart from being a scientist and researcher, Southworth is actively involved in charity works. She and her husband have founded their own charitable organization called the Carl Victor Page Memorial Foundation.

Through their foundation, the pair donated $15 million to help fight the Ebola virus epidemic in West Africa. Further, Lucy also actively works with her mother's charitable organizations, where she has worked with medical relief charities in West Africa.

Southworth's family is a well-educated and philanthropic individual. Her father, who is a doctor, went on to work at the World Bank, while her mother, also a doctor, founded two NGOs which are committed to helping mentally and physically disabled children.

The above article aims to provide details about American researcher and scientist, Lucinda Southworth, who is also known as the wife of Larry Page, one of Google's co-founder. To know more about your favorite star, follow marriedceleb.