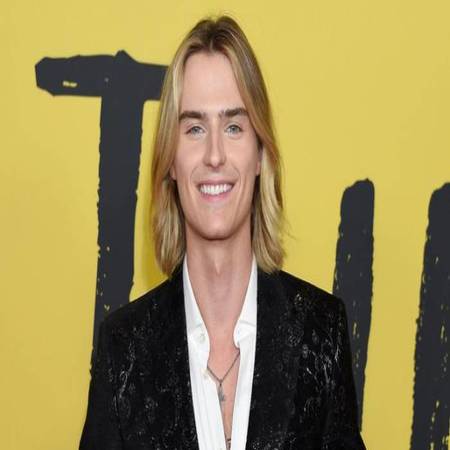 Luke Eisner is an American actor, musician, model, and social media personality. Moreover, he is famous for appearing in the Netflix hit show, "Tall Girl" in 2019. Besides, he also walked as a model for famous brands like Ralph Lauren, Calvin Klein, and H&M. Further, Eisner co-founded VOILA and also released singles like "Hundredth Second Chance" and "Lately" which secured a place in Billboard and CelebMix. He also appeared as a guest in the American sitcom show The Goldbergs in 2019.

The six feet and two inches tall, Luke Eisner was born on August 1, 1996, in Wisconsin, USA. Moreover, he is the son of Denise Eisner and Bill Eisner. Further, Eisner grew up and raised by a successful entrepreneur family. Apart, his grandfather, William Eisner, who was a famous designer and advertising entrepreneur. He holds an American nationality and belongs to white ethnicity. He attended Greendale High School. Back in 2013, he horned as the Wisconsin Young Entrepreneur of the Year. He graduated from the University of South California.

Is Luke Eisner Dating Someone? (Girlfriend & Past Affairs)

The talented and rising young actor, Luke is currently in a romantic relationship with his beautiful girlfriend. Moreover, he is dating an American actress, Kirby Johnson. Johnson is famous for role in The profession of Hannah Grace. 23 years old, Eisner and his girlfriend also started their own YouTube blog channel and often post their daily life videos.

The duo seems to be in deep love and also shares a strong bond. However, Luke and Kirby haven't shared any news of their engagement and marriage date yet. But, it pretty sure that the couple might be planning to walked down to aisle very soon. Similarly, the two often seen hanging out and partying together by holding each others hand. Besides this, we don't have any news of his past relationship and rumors yet.

Well, Luke Eisner has collected a hefty amount of fortune from his career as an actor, musician, and model. The Netflix show Tall Girl starring Angela Kinsey, and  Griffin Gluck star, Luke has an estimated net worth of $500K as of 2020. However, his exact net worth is not available yet. He might around $50,000-$60,00, an average annual salary as an actor.

Apart, he also has a YouTube channel with his girlfriend, Kirby & Luke Diaries with 4.06 K subscribers.  According to SocialBlade, their channel monthly earning is $3-$49 and yearly earning of $7-$586. Besides, he is pretty popular on Instagram@lukeeisnerofficial with following of 696K followers. So, he might earn around $2,000-$2,500 per post on his Instagram account.

Apart, he is also a founder of VOILA with British singer Gus Ross. Apart, the song like "Hundredth Second Chance" and "Lately" are quite popular in youth people. On the other hand, he also walked as a model for famous brands like Ralph Lauren, Calvin Klein, and H&M. So, the average salary of an male model is $104,702 per year according to ZipRecruiter. As of now, Luke is enjoying a healthy and wealthy life with his family and girlfriend.