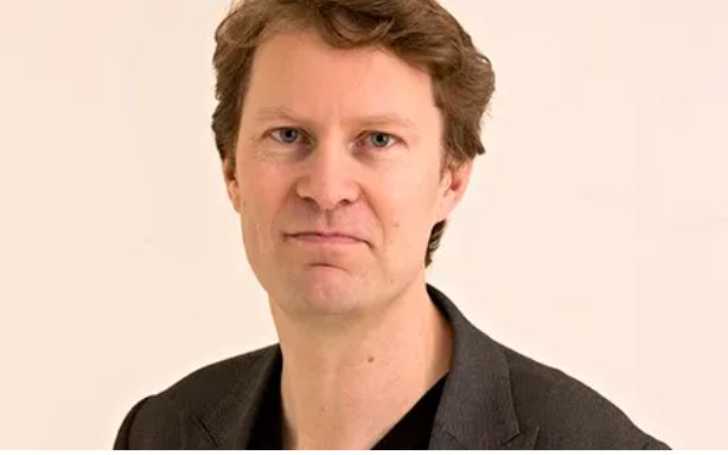 Luke Harding is a British journalist who is serving as a foreign correspondent for The Guardian. He has been one of the prime journalists who has gathered a huge amount of information for the various news network. From 2007 to 2011 he was a correspondent based in Russia.

Furthermore, he has written a book, Mafia State where he has listed his experience while living in Russia and the political system under the President, Vladimir Putin. Now, let's know more about Luke's personal life. Is he married? What is his net worth and earnings?

The proud journalist, Luke is a married man. He exchanged his wedding vows with his long time girlfriend, Phoebe Taplin. Phoebe is also a journalist and writer who has author four seasonal and has worked in various organizations as a freelancer.

Sources have claimed that Luke and Phoebe dated almost five years before tying the wedding knots. However, the exact date of their wedding hasn't been revealed yet. Despite that, the writing duo is now married for more than a decade and seems very much happy with one another.

Luke is not only a remarkable journalist but he is also a great author. He is currently the number-one New York Times Best- Selling author who has written and co-written more than ten books.

Some of his books are A Very Expensive Poison, WikiLeaks, The Snowden Files. One of his most admired books is Collusion: Secret Meetings, Dirty Money, and How Russia Helped Donald Trump Win.

Luke is one of the respected journalists around the globe. His research and writing have helped people from all over the world. Speaking about his net worth, he has a fortune of $3 Million as of 2020. He has gathered all of his earnings through his wonderful career as a journalist and author.

Moreover, He is a New York Times bestseller who has published numerous books in the market. Currently, he is earning somewhere between $100,000 to $300,000 annually. Furthermore, he is currently enjoying a lavish living in a luxurious way in his hometown.

Luke Harding was born on 21st April 1968 in London, England. He is currently fifty-two years old and is one of the well-known journalists of the UK. Keir Simmons is also one of the top British journalists.

Further, He has worked for Daily Mail, Evening Argus, The Sunday Correspondent and has been in more than dozens of countries as a reporter.