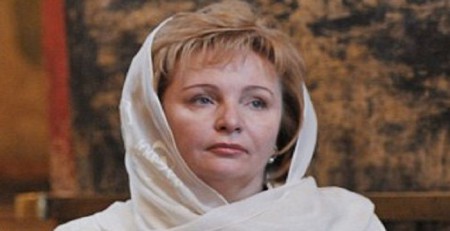 Only a handful of women have been renowned in the world of politics. Lyudmila Putina is one such powerful women that history has seen, with her diplomatic charms she has won the hearts of millions.

Who is Lyudmila Putina?

Lyudmila Putina, daughter of Alexander, is the former first lady and wife of the Russian President, Vladimir Putin (former prime minister). She is also a linguist who served to preserve the Russian language and a strong political advisor to her Prime Minister husband.

She was born on 6th January 1958 in Kaliningrad, Russia as Lyudmila Aleksandrovna Ocheretnaya. She was the daughter of a mechanical plant worker. In 1986, Lyudmila graduated from the branch of Spanish language and philology of the Department of Philology of Leningrad State University.

Before she was the wife of the famous president, she was a flight attendant in Kaliningrad branch of Aeroflot where she first met her partner Vladimir Putin. The couple got married on 28 July 1983. From their marriage, they have two daughters.

Reportedly, the couple has not seen each other after their divorce. They have been consistently denying rumors of remarriage. However, Putin said in one of his interviews that they are always going to be close to each other.

After rejoicing 20 years of married life, the couple terminated their relationship publicly in 2013. Their divorce had received a worldwide media coverage. After a year of the announcement of the divorce, it was finally confirmed by the law in April 2014.

Apparently, Lyudmila married Artur Ocheretny in the year 2015, who is 21 years younger than her. She was remarried only one year after the Kremlin State Palace finalized her divorce.

Last time the divorced couple was seen together at his inauguration for his third term as president on & May 2012.

Even after her husband rose to great political power, she chose to keep a low profile in the public eye. She supported her husband silently and only came to the spotlight when it was demanded by the protocol.

In her initial years as the first lady, she taught the German language at the Department of Philology of Leningrad State University. Prior to her marriage to Putin, she also worked as Moscow representative of the company Telecominvest.

Putina, as the first lady contributed to the fund to develop the Russian language as a curator of the fund. She put great emphasis on maintaining and preserving the language. Her efforts to stop orthographic reforms were highly criticized, putting Putina in many controversies. She has also been in controversies in several property matters.

The bold lady is has been honored with many entitlements and awards by several countries.

The details of Lyudmila Putina wealth are yet to be revealed, but several news about the lady has hinted that she is rich and prosperous. She allegedly owns a big company named Meridian. And undoubtedly, she is earning an excellent amount of revenue and income from her company.

On the other hand, her ex-spouse and the Russian president is enlisted in one of the richest men all around the globe. He is reportedly more wealthy than Amazon CEO, Jeff Bezos, who is a possessor of assets around $131 billion. According to some reliable sources, Vladimir has an estimated net value of $200 billion.