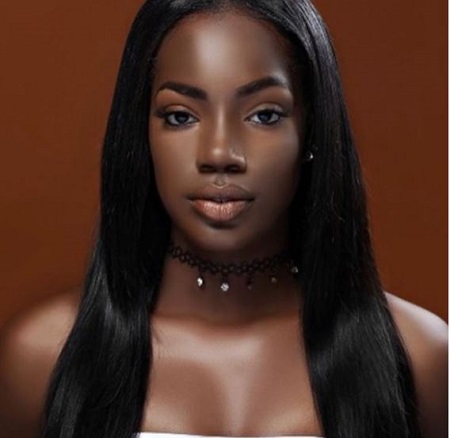 Malorie Bailey-Massie is better known for being the younger sister of the American model, and reality TV personality, Cynthia Bailey. She is famous for starring on the reality TV show, The Real Housewives of Atlanta in 2010.

Has Found New Partner Again or Not?

Since her divorce from ex-husband, Chris Massie, she has been living her life with the fullest. When it comes to talking about her current relationship status, she has not confirmed anything about it.

However, as per her Instagram account, she's spending her time with a guy named CJ McCaskill. He is an owner and realistic tattoo artist of Atlanta Ink. On their respective account, the pair keeps sharing each other pictures from vacations.

In November 2020, she posted the Halloween picture of two on her account, saying: " Love at first bite!🖤 Happy Halloween". But Malorie and CJ are yet to approve their love affairs at the moment.

Yes, Bailey-Massie is a divorced woman. She was once married to American basketball player, Chris Massie, 43. They were together for over 12 years.

The exes spouse tied the knot in 2006 after only two and a half months of dating. And she now stated that she wedded him for his handsomeness and attraction. However, after remained happily partnered for many of the past 13 years, Malorie filed for divorce in October 2018.

Moreover, she has a daughter Madison from her past relationship. But Madison's father identity is not known to the media.

Reason Behind Their Divorce

" Unexpected circumstances have forced then to make the difficult decision to go their separate ways", she said during the divorce time. Also, she confessed on the show, Iyanla: Fix My Life that her husband Chris had not contacted her for five months.

Her sister, Cynthia, the mother of Noelle Robinson, says that Bailey's financial security portion of it was always a huge deal for her. Where Iyanla Vanzant called that being a gold digger. But the reality star cleared things up, saying that she had dated guys without a lot of money, too.

Meanwhile, Bailey-Massie revealed her own matrimonies weren’t perfect. “My husbands, they were physically and mentally abusive", she said.

Malorie Bailey has worked in airlines for 19 years. So she might have earned a decent amount of money. Her net worth is valued at $100k. Now, she stars on the Bravo TV show, RHOA in Season 13 along with her big sister.

Meanwhile, her sister, Cynthia has a net worth of $2.5 million, as per Celebrity Net Worth. She has built her fortune during her career as a model, reality television personality, and actress.

Bailey earns the salary of $300 Thousand per season from The Real Housewives of Atlanta. Similarly, Kenya Moore also appeared in the show from 2012 to 2018.