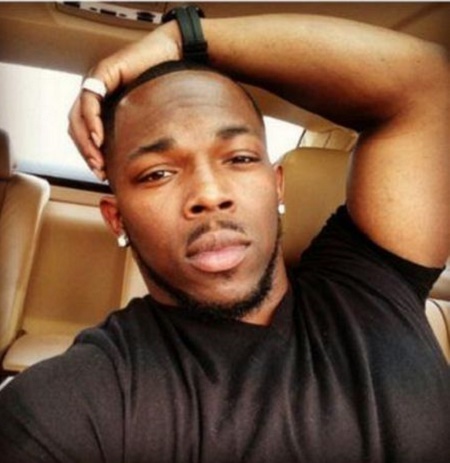 Not all of them can get enough stardom because of their parents, but there are some celebrity kids who have built up a high public image after they are born. And Marcell Johnson rose to prominence being the single child of famous actress Taraji P. Henson and his late college sweetheart, William Johnson. But, Marchell has already established himself as a model.

He was born on May 10, 1994, in the United States of America. As per his citizenship, he is American and belongs to the Afro-American citizenship. Further, he is the grandson of Bernice Gordon and Boris Henson. For his education, he studied at the University of Southern California.

Know about his Relationship Status

Despite being a celebrity son, the 26-year-old Marcell still keeps his love life under the radar, and only provides rare information to the media. To date, there is no information about him for engaging in any type of love affair.

As of now, Johnson is reported to be a single man and is enjoying his singlehood. Likewise, he shares a strong connection with his mother who takes her role seriously as a mother and raises him to respect women.

His Dad, William Was Viciously Murdered

Yes, Marcell's dad William is more on this planet. The Baby Boy actress got pregnant with her high school sweetheart William Lamar Johnson during her college at Howard University. Their son Marcell was welcomed by the two before marriage in 1994.

However, something horrible happens to William at one night in Washington D.C. In 2003, he was murdered by the couple Charlotte and Russell Nickelson. And at the time of his death, Marcell was just nine years.

According to records, William (34) went to confront a husband and wife at their apartment on June 25, 2003, in response to them allegedly slashing tires from his friend. Russell hit Johnson over the head with a lamp, while his wife stabbed Johnson multiple times, according to court records.

Following that year, the wife, Charlotte was sentenced to 36 months in jail, while the husband, Russell was given 50 months.

His, Mother Taraji P. is Again Set To Get Marry

Despite her broken past, the “Empire” star still wants to start a new life with her boyfriend, Kelvin Hayden now 36 years. Born as Kelvin Darnell Hayden is known as a former American football cornerback.

The new pair who kept their two-year relationship under wraps finally announced the big news. On the mother's day special on May 14, 2018, the mom of one shared a photo showing off her massive diamond engagement ring on Instagram post. The Proud Mary star wrote:

" I said yes y’all!!! He started with the Cartier love bracelet BUT that was my #Mothersday gift and then he dropped to his knee and I almost passed out!!! 😩😩😂😂😂 #sheisofficiallyoffthemarket and she is sooooooooooooo HAPPY!!!!!! #GODIS".

Henson, 48, and Hayden, the Super Bowl-winning NFL cornerback made their relationship public back in December 2017. Now, the two who had initially planned on tying the knot in April have dedicated to marrying delay due to Covid-19.

How Wealthy is Marcell Johnson?

Meanwhile, Marcell's actual profession and source of income are still under the unknown. But, at the age of 18, he modeled for Square Bear clothing company. Also, he made his first runway at New York Fashion Week in Feb. 2018. So, he might have earned a fair sum from his work.

On the other hand, his mother, Taraji P. Henson has a net worth of $25 million as of 2020. She has acquired her fortune throughout her acting and singing career and as an extremely well-known figure in the entertainment industry.