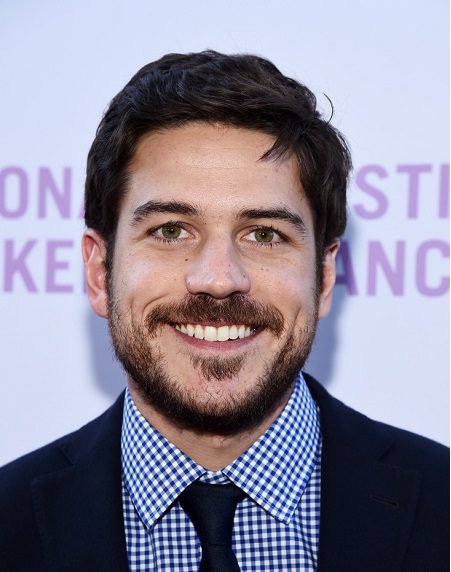 Marco Pigossi is a Brazilian actor and producer who is best known for starring as Dylan Seager in the TV series, Tidelands. It debuted on Netflix on 14 December 2018.

Before that, he rose to stardom after playing the homosexual character Cássio in the Caras & Bocas in 2009. Today stick with us to find more interesting about him.

The 31 years old Marco Pigossi has not tied the knot with anyone yet. So he does not have a wife at the moment. It seems, he is now probably a single man and is enjoying his life without any dating rumours.

However, in 2013, Pigossi was rumoured to be dating Brazilian-German actress, Sophie Charlott, 31. Apart from that, in June 2018, he was seen passionately kissing with Chris Hemsworth's wife Elsa Pataky, 44, in the screen.

They spotted together at Queensland, Australia while filming scenes for their upcoming Netflix series, Tidelands. They are playing young lovers for the show. However, in the real-life, they are just friends.

What is Marco Pigossi Net Worth?

The 1.8 m tall Marco Pigossi has an estimated net worth of $700 thousand as of 2021. He has built his fortune throughout his thriving career as an actor and producer. Another Portuguese-Brazilian actress, Alba Baptista has a whopping wealth of $450 thousand.

In Brazil, the average pay for an Actor is R$102.499 or an equivalent hourly rate of R$49. Throughout his two decades of an acting career, he has over 20 credits for working as an actor. So his salary must fall in the same amount.

At 13, Marco started working in the theatre. To date, he has worked in various theatres such as The Awakening of Spring, The Scholars, Sweet Bird of Youth, and Success at Any Price.

In 2004, Pigossi joined the Brazilian miniseries, Um Só Coração, playing the role of Drausio Marcondes de Souza. Then he's playing various characters in TV shows such as Faces & Mouths, Fine Print, Gabriela, The Rules of the Game, and The Power of Wanting.

However, he made his breakthrough performance when he joined the Stephen M. Irwin and Leigh McGrath's show, Tidelands on Netflix. He's playing the main role, Dylan Seager. His latest show is High Seas and Invisible City is his upcoming show.

Further, he has acted in a few short films like The Open Diary of R., The last chance, The Name of Death, etc.

He has a sister named Marinis Maldonado Pigossi. So far, he graduated from Anhembi Morumbi University with a degree in Radio and TV in social communication.